The glass-walled landscaping center on the road south of Nijmegen looks like a gardener’s dream of heaven. My fingers tingle as I thread my way through stands of soaring bamboo, drifts of asters, and lanes of rhododendrons, tempted to grab a trowel and forget what I’m here for.

My host has little patience for my garden dreams. Jacques Meis, a physician and microbiologist, is muscling past the greenery to a wall of agricultural chemicals at the back of the long store. Wrapped in green and gold and aspirational images, organized by type of problem and method of application, the compounds stacked on the shelves are meant to keep these gorgeous plants healthy once they leave the nursery. I squint at the plant names that have been rendered into Dutch. Meis reaches over my shoulder, chooses a spray to protect boxwood from mildew and another to chase black spot from roses, and rotates them sideways so we can see the ingredient lists. Tapping the boxes gently, he shows me what we’ve come here to see.

“Tebuconazool,” he reads out in Dutch, and then switches to English for my benefit. “Tebuconazole. It’s a fungicide. It will kill funguses on garden plants.”
Meis is a big man, almost a foot taller than me, broad-shouldered and bullet-headed with an exuberant laugh. Eyeing the boxes, though, he looks solemn. “This is the same compound that we use in medicine,” he says. He looks around at the brilliant flowers and bags of bulbs and taps the ingredient list again. “Agriculture has almost 300 compounds they can use on fungi,” he tells me. “In medicine, we have four. And they use the four that we also use, because they work so well.”

It seems implausible to me that a box on a garden-center shelf, available to anyone who cares to buy it, could have any significance for human health. For the past decade, though, Meis and a small cadre of Dutch scientists have been building a case that one of our most commonly used classes of agricultural chemicals is simultaneously a profound health hazard. We have missed the connection, they say, because we do not pay attention to things too close to notice: the crops in fields, the flowers in gardens, the soil under our feet.

Source and further reading: The Atlantic 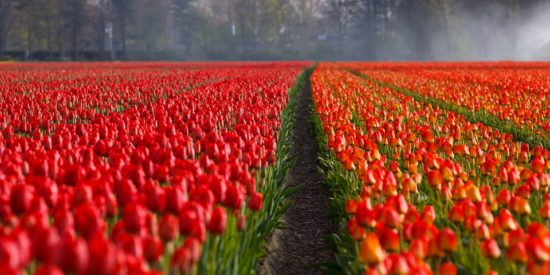