Tests find antimicrobial resistance in all types of meat bacteria

Tests have found antimicrobial resistance in a proportion of all types of bacteria examined in samples of chicken and pork, a new report has highlighted.

The Food Standards Agency (FSA) has published the results of a survey to assess the amount of antimicrobial resistance (AMR) in bacteria in fresh pork mince and fresh and frozen chicken on sale in shops in the UK. The findings will help to establish a baseline of the occurrence, types and levels of AMR in bacteria found in these UK retail meats, which in turn will inform future surveillance on AMR. The survey involved the testing of Campylobacter in 339 chicken samples and Salmonella in 342 pork mince samples for the occurrence of antimicrobial resistant bacteria. The survey also looked for AMR in other bacteria in both types of meat, including Enterococci, Klebsiella and Escherichia coli.

Results show that Campylobacter was detected in 25.1% of chicken samples and Salmonella was detected in 1.5% of pork mince samples. The most frequently detected group of organisms from both chicken and pork samples was Enterococci. Antimicrobial resistance was detected in a proportion of all the types of bacteria examined, with resistance to the most clinically important drugs generally appearing to be more prevalent in chicken isolates than pork. However, the risk of acquiring AMR related bacterial infections from these foods is very low provided that they are cooked and handled hygienically, the FSA’s report stressed. 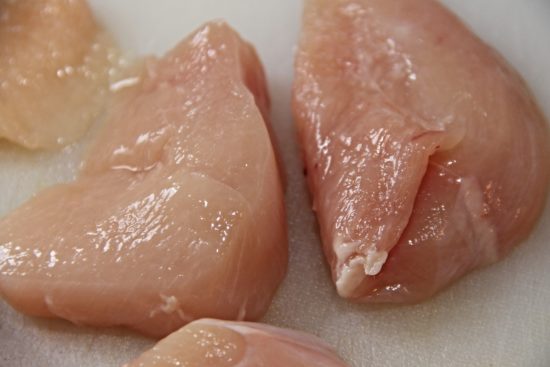