Home » Taking action against the global threat of antimicrobial resistance

Taking action against the global threat of antimicrobial resistance

The threat of antimicrobial resistance (AMR) to global public health has been a recurring fear over the past 77 years since the widespread use of penicillin and the 84 years since the use of sulfa-based antibiotics.

The main reason why humanity has so far been able to survive the challenge of drug-resistant infections is because of the continued discovery of novel antibiotic classes and the invention of modified versions of existing antibiotics—both of which supplement the ‘war chest’ of a clinician.

It is only in the last 30 years that the challenge of drug-resistance has become frighteningly insurmountable, as this ‘war chest’ is growing bare of new drugs to replace the increasing number of antibiotics for which widespread drug resistance has emerged.

Antimicrobial resistance occurs naturally over time but a number of factors have greatly accelerated the process and its spread in the last 80 years, such as:

population increase;
widespread adoption of antibiotic use in food animals;
use of antibiotics in food crops; and
global travel.
A direct impact of overuse and misuse is the production of waste that contains antibiotics, as all antibiotics persist in the human and animal body. Between 50 to 90% of an ingested antibiotic dose can be recovered in the toilet—excreted by the body—fortunately not before having the desired antibacterial effect.

It is easy to overlook the environmental fate of an antibiotic, as it appears trivial in the context of the primary use of antibiotics. This perception was the prevailing opinion until quite recently, until research demonstrated that antibiotic exposure outside the clinic is also capable of driving antibiotic resistance in soil, water, air, wildlife and humans.

“It is easy to overlook the environmental fate of an antibiotic, as it appears trivial in the context of the primary use of antibiotics.”
A “One Health” framework is now used to conceptualise the challenge of drug-resistant infections; a framework that is inclusive of the clinical, animal, agriculture, and environmental drivers, as well as the major hurdles, such as the need for new antibiotics and rapid diagnostics. England’s Chief Medical Officer Prof Dame Sally Davies has been a champion of this approach and it is a feature of the UK’s current AMR strategy.

The environmental dimension of AMR has been the focus of research at CEH for a decade, with the aim to generate the scientific evidence base to inform environmental regulation and policy. To this end, there are several key questions that are being tackled at CEH thanks to UKRI, GCRF and PhD-funded research. I’m proud to be working with great collaborators and PhD students on the following areas of AMR research:

What are the main drivers of AMR in the aquatic environment? The goal is to generate evidence to target mitigation, to ensure the most important chemicals for driving resistance is prioritised. Similarly, ongoing research will inform targeted mitigation of the sources of pollution that drives resistance in the catchment, such as waste water treatment plants and slurry/manure landspreading on grassland and crops.
How to monitor for AMR in the environment? The goal is to derive a novel method for reproducibly sampling the aquatic environment and deriving a measure of AMR that is comparable across space and time. This is essential to know how to quantify the state of our environment, assessing risk and measuring the success of mitigating measures.
Justifying regulatory endpoints for chemicals that drive AMR. There will be concentrations of chemicals (e.g., antibiotics) above which antibiotic resistance will be enriched in the environment. Our research aims to empirically derive these threshold concentrations to help inform policy and support evidence-based regulatory thresholds.
What is normal? Monitoring campaigns for AMR in the environment will find that some resistance genes are found everywhere. It remains unclear as to what is a ‘normal’ amount of such genes. The threshold differentiating ‘normal’ from ‘anthropogenically-enriched’ is critical for risk assessment and determining sensible regulatory endpoints. Mitigation can only be deemed successful when there is clarity on such thresholds of ‘normal’ and ‘anthropogenically-enriched’.

Source: Center for Ecology and Hydrology 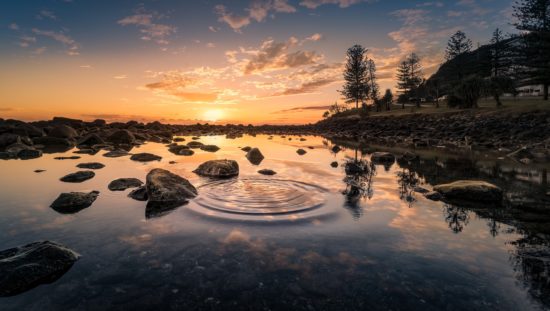