A new study by researchers with the US Department of Agriculture has found similar levels of antimicrobial resistance (AMR) in ground beef raised with and without antibiotics. The findings appeared in the Journal of Food Protection.

The authors of the study say the data, along with previous research they’ve done on AMR in conventionally raised and “raised without antibiotics” (RWA) cattle, suggest that antimicrobial use in US cattle production has “minimal to no impact on AMR in the resident bacteria.”

The finding comes at a time of heightened concern about the use of antibiotics in food-producing animals, who consume between 70% and 80% of medically important antibiotics sold worldwide, and how that use affects human health. The World Health Organization and other public health groups have called for limits on their use in livestock and poultry, arguing that widespread use of these drugs for growth promotion and disease prevention in healthy animals contributes to the emergence of drug-resistant pathogens, which can be transmitted to humans through meat.

That concern has resulted in growing consumer demand for meat raised without the use of medically important antibiotics. The biggest impact has been seen in the poultry industry, as several major chain restaurants and poultry producers have committed to removing medically important antibiotics from the production chain. Advocates for antibiotic-free meat are now pushing the beef and pork industries to make similar changes.

But the authors of the study say there has been little peer-reviewed research that supports claims that RWA meat products harbor lower levels of antibiotic-resistant bacteria, and most of it involves poultry. They say their findings suggest those claims may not be warranted for ground beef.

“We found that there are similar levels of antibiotic resistance in conventional and RWA meats,” lead author John Schmidt, PhD, a research microbiologist with the USDA Agricultural Research Service, told CIDRAP News. “So you can’t support with the data the notion that there’s more antibiotic resistance in conventional ground beef…at least in the United States.” 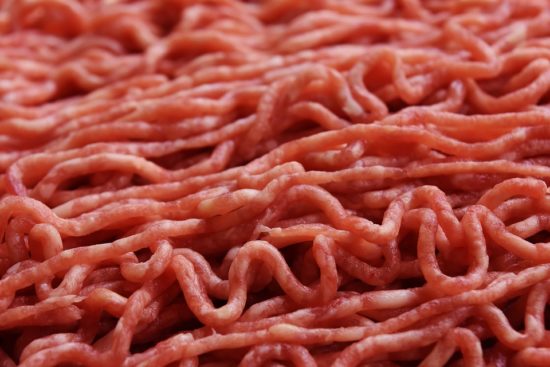