A study of 948 patients in Europe, Turkey, and Israel has found an “alarming” rate of multidrug-resistant (MDR) gram-negative bacteria in complicated urinary tract infections (cUTIs), with predictors including male gender, acquisition of cUTI in a medical facility, and having an indwelling urinary catheter.

Writing in Antimicrobial Resistance & Infection Control, researchers said they analyzed 1,074 isolates from consecutive cUTI patients from January 2013 through December 2014. Of the isolated pathogens, 559 (52.0%) were Escherichia coli, and 97 (9.0%) were Pseudomonas aeruginosa—the two most common causal organisms. Fully 54.2% of the E coli isolates were MDR, compared with 38.1% of the P aeruginosa isolates.

The investigators also found the being male increased the odds of having MDR gram-negative infections by 66% (odds ratio [OR], 1.66). Other risk factors were acquisition of cUTI in a medical facility (OR, 2.59), presence of an indwelling catheter (OR, 1.44), having had a UTI within the year (OR, 1.89), and antibiotic treatment within the previous 30 days (OR, 1.68).

The authors conclude, “The current high rate of multidrug-resistant gram-negative bacteria infections among hospitalised patients with cUTIs in the studied area is alarming. Our predictive model could be useful to avoid inappropriate antibiotic treatment and implement antibiotic stewardship policies that enhance the use of carbapenem-sparing regimens in patients at low risk of multidrug-resistance.” 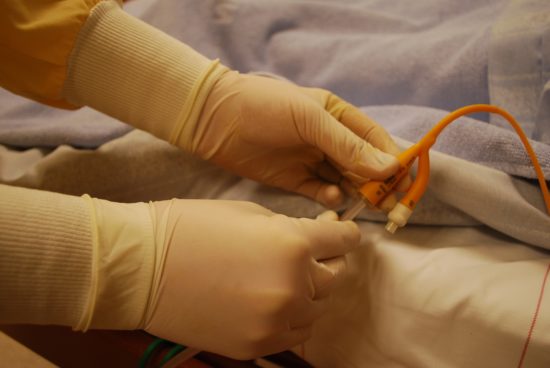