Thanatin is a peptide molecule produced by the spined soldier bug Podisus maculiventris to control the types of bacteria that live in its gut. A research group from the University of Zurich found that thanatin kills the bacteria Escherichia coli by blocking vital proteins in the bacterial cell wall.

E. coli is amongst the bacteria considered critically important targets for new drugs due to their increasing resistance to current antibiotics. Thanatin could, therefore, give us more options for treating E. coli infections.

The study, published in Science Advances, used a combination of techniques including microscopy and nuclear magnetic resonance imaging to visualize exactly how the insect molecule thanatin kills bacteria. It found that thanatin kills the gram-negative bacteria E. coli by disrupting proteins vital for forming its outer membrane, which is necessary for the bacteria to survive. 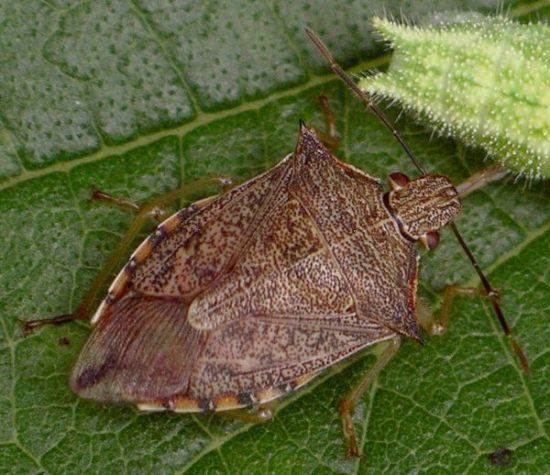