Bacteria exposed to widely used herbicides like Roundup develop antibiotic resistance 100,000 times faster than average, according to new research published by New Zealand scientists in PeerJ. The results have ominous implications for the modern world’s ability to avert a post-antibiotic era. Even if new antibiotics are discovered, or existing compounds used more judiciously, scientists say that will not be enough to prevent the ongoing crisis – the world is also confronting bacterial exposure to herbicides and other non-antibiotic agents that have the ability to rapidly induce resistance.

“Herbicides are among the most widely used and dispersed manufactured products on Earth. Some form of exposure for people, pets and livestock can be routinely expected,” study author Jack Heinemann, PhD, told Newsweek. “Meanwhile, antibiotics are used at high rates particularly on people, pets and livestock. Therefore, the combination of exposures for bacteria that live on us is all but guaranteed.”

This current round of research by Dr. Heinemann and his team is the outgrowth of previous studies that established the ability of common herbicides to induce antibiotic resistance in strains of pathogenic bacteria Salmonella eterica and Escherichia coli. Now, the scientists are drilling into the real-world implications of these phenomena, investigating whether realistic levels of exposure to Roundup (glyphosate) and Kamba (dicamba) herbicides can precipitate the evolution of resistant populations.

Results showed that bacteria continually exposed to herbicides and the antibiotic ciprofloxacin (cipro) rapidly developed offspring that required higher amounts of antibiotics to control. Researchers calculated that the combination of Kamba with cipro and S. typhimurium resulted in resistance developing at rates 100 times faster than usual, while a Roundup, cipro, and E. colicombination led to rates 100,000 faster than average. 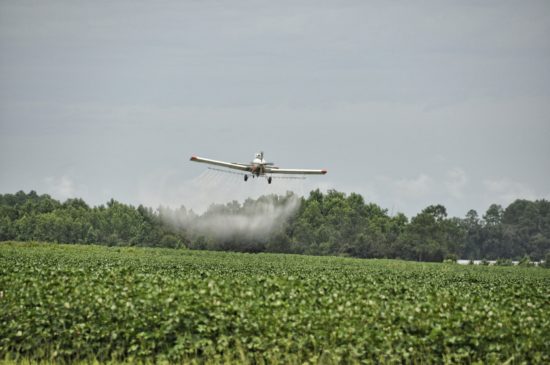