atent filings for point-of-care (POC) diagnostic tests for antimicrobial resistance have been slowly declining since reaching their peak in 2014, according to a study commissioned by the Longitude Prize, a UK program launched in 2014 to spur the development of such tests. The 14-page study was conducted by two intellectual property firms and released on Oct 14 at the World Health Summit in Berlin.

According to a blog post yesterday from Longitude Prize, which has awarded funding to 29 teams to develop POC tests to address antibiotic resistance, researchers looked at what patents are being filed and what technology is being developed, with an eye toward market implications.

Following a drop in filings in 2008 that seemed related to the global financial crisis, filings reached 118 globally in 2014. By 2015, however, the number fell to 94 patents, and researchers don’t yet have a clear picture for 2016 and 2017 because of an 18-month delay in filing publication. The team notes that much of the new funding for antimicrobial resistance had targeted new antibiotics, with limited funds for new diagnostics.

Among other findings, the United States dominated the filings for patents for new tests, with 60%, followed by the United Kingdom with 8%. Japan, Australia, India, and South Africa all saw upward trends. Innovations for POC tests are led by private companies, accounting for 60% in the United States and Europe, and academic institutions were responsible for 32%.

At the same time, the percentage of patent filings related to bacterial tests have increased over the same period, while patent filings for World Health Organization priority pathogens have tailed off after an increase between 2009 and 2012, possibly because developers are focusing on more broadly applicable tests.

In addition, Longitude Prize teams say they’re struggling to attract adequate funding and investment to bring the tests to market and validate them for regulatory bodies, and investors say prize expectations are too low to ensure a return on investment. “This is a warning to policy makers that initially there will be a need to ring-fence funds to make sure that new products are purchased,” the Longitude Prize staff wrote in the blog post. 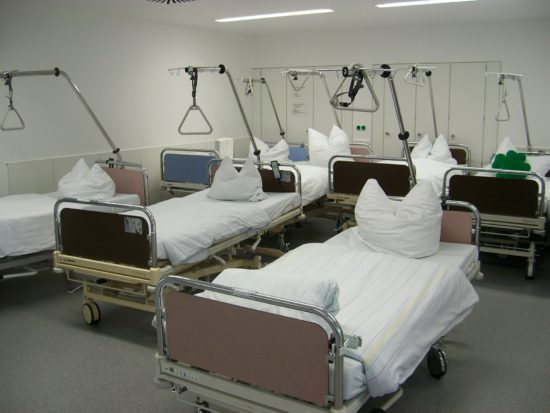