By screening a library of off-patent drugs, scientists have identified a compound with promising broad-spectrum antifungal activity. The compound, alexidine dihydrochloride, warrants further development as a pan-fungal, anti-biofilm drug, according to the research reported in the journal mSphere.

“There are currently only three major classes of antifungal drugs used in the clinic and several pathogenic fungi are resistant to them, so there is an urgent need to identify compounds that have novel molecular targets,” said principal study investigator Priya Uppuluri, PhD, assistant professor at Los Angeles Biomedical Research Institute at Harbor, University of California at Los Angeles (UCLA) Medical Center, Torrance, California. “Repurposing existing libraries of drugs that are approved for other indications can potentially be used for a new purpose as an antifungal. This can considerably shorten the drug discovery process.”

Fungal pathogens are major drivers of morbidity and mortality, causing over 2 million infections and killing 1.5 million people per year, despite treatment with antifungal drugs. Invasive fungal infections due to Candida albicans, Aspergillus fumigatus and Cryptococcus neoformans pose a substantial threat especially to hospitalized immunocompromised patients and others with compromised immune functions.

The severity of infections caused by these pathogens is accentuated due to their ability to develop a multicellular community of cells called “biofilms,” on a wide variety of indwelling medical devices including central venous catheters (CVC). Once formed, biofilms serve as a reservoir of cells that have direct access into the vasculature, and cannot be eradicated due to their completely drug-resistant properties. Of concern, said Dr. Uppuluri, is that new strains of multidrug-resistant strains of fungi capable of forming biofilms, such as Candida auris, have emerged. The Centers of Disease Control and Prevention (CDC) has proclaimed C. auris as a serious global threat.

In the new study, researchers from LA Biomed at Harbor-UCLA screened the New Prestwick Chemical Library, a small molecule library of 1,200 FDA-approved, off-patent molecules, to identify compounds capable of simultaneously inhibiting growth of C. albicans, C. auris and A. fumigatus. They further prioritized inhibitors for their potency against other fungal pathogens including C. auris and on their ability to kill preformed biofilms.

The researchers identified Alexidine dihydrochloride, a drug approved as a topical antimicrobial and anti-plaque agent, as the drug with the greatest antifungal and anti-biofilm activity against a diverse range of fungal pathogens. This compound significantly potentiated the efficacy of the clinically used azole drug fluconazole against biofilms, displayed low mammalian cell toxicity, and eradicated biofilms growing in mice central venous catheters, in vivo. Their findings highlight the drug’s potential for use as a pan-antifungal drug.

“This is one of the first molecules identified that works as a pan-antifungal at very low concentrations, including against biofilms that are completely resistant to all drugs,” said Dr. Uppuluri. The researchers are currently working on the medicinal chemistry aspect of synthesizing analogues of Alexidine dihydrochloride, to improve its physiochemical characteristics, and to reduce its toxicity to mammalian cells. Dr. Uppuluri encouraged other researchers to take advantage of the various drug libraries, many available at the Molecular Screening Shared Resources facility at UCLA, to screen molecules for their desired disease indications. 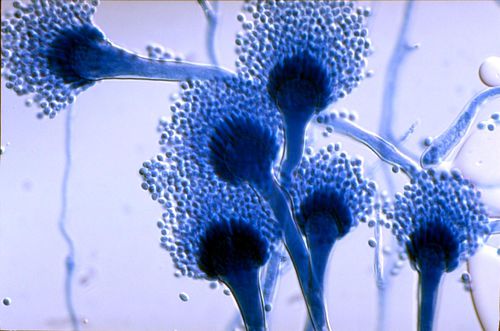