The NPA has welcomed the publication of a major report confirming that the risk to consumers from drug-resistant bacteria in pork mince is very low.

The Food Standards Agency (FSA) has today published the findings of a major survey commissioned to fill in the gaps in the data on antimicrobial resistance (AMR) prevalence in food on UK supermarket shelves. This was in response to the FSA’s own systematic review of AMR in the food chain

The survey was based on 339 samples of raw chicken (whole or portions) and 342 samples of raw pork mince collected from retailers in September and October 2017.

It involved the testing of Campylobacter in chicken samples and Salmonella in pork mince samples for the occurrence of antimicrobial resistant bacteria. It also looked for AMR in other commensal (non-pathogenic) bacteria in both types of meat including Enterococci, Klebsiella and Escherichia coli.

You can read the final report of the survey here.

The FSA said the data generated would help to establish a baseline of the occurrence, types and levels of AMR in bacteria found in these UK retail meats which will inform future surveillance on AMR in these foods.

“Antimicrobial resistance was detected in a proportion of all the types of bacteria examined, ,” the report concluded.

“However, the risk of acquiring AMR from these foods is very low provided that they are cooked and handled hygienically. Due to the strategy of sampling in relation to market share, there were insufficient samples from non-UK countries to allow statistical analysis of differences between UK and non-UK produced meat. However, this may be a focus for a future study.” 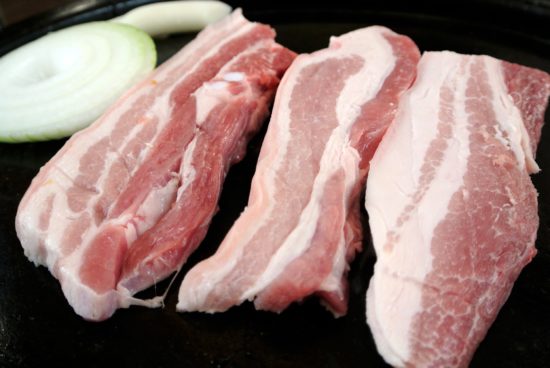