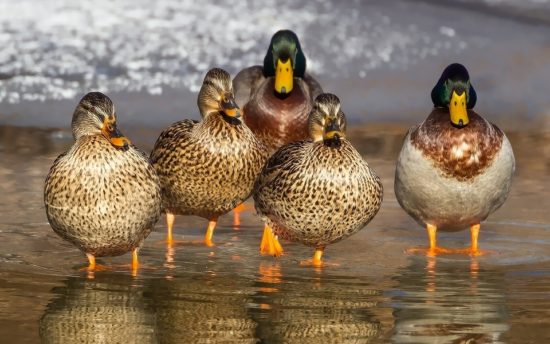 
For antibiotic-resistant bacteria, aquatic systems are major traffic routes between wildlife and humans. The resistance genes acquired by birds can be re-introduced in the environment, possibly into different water systems (e.g., by migrating ducks) and might re-infect humans directly via contact with contaminated water, or indirectly by the introduction of these genes into the food chain. Investigating the mechanisms that sustain the persistence and cycling of resistance genes in wild populations despite the metabolic burden that these genes impose is a logical next step towards tackling antibiotic resistance.