The vast majority of antimicrobials administered to animals are used in the livestock sector where they are given for three major reasons: treatment of infection, prevention of infection (prophylaxis), and for growth promotion to increase weight gain in animals reared for food. In some parts of the world, use in the livestock sector has risen in the last century due to increasing intensification of livestock production. This is primarily due to a historical trend toward highly intensive animal production systems using more antimicrobials rather than less intensive systems. However, in many parts of the world the use of antimicrobials in animals has substantially decreased in recent times. In Europe, for example, the use of therapeutic and prophylactic antimicrobials in animals fell by more than 32% between 2011 and 2017 (European Medicines Agency 2019). This has been possible due to the implementation of higher biosecurity measures alongside improved husbandry and management practices, which together have led to a reduction in antimicrobial use in many countries (Laanen et al. 2013; Postma et al. 2016). The use of antimicrobials for prophylaxis and growth promotion in livestock is a controversial practice as it involves administration of antimicrobials to healthy animals.

Since any administration of antimicrobials increases the chance of resistant microbes developing, it is vital that their use is prioritised to those situations where they are most needed. In Europe, the use of antimicrobials for growth promotion was banned in 2006 and a large number of Asian countries have also already banned, or are in the process of banning, the use of antimicrobial growth promoters. Antimicrobials are also used in companion animals; however, overall quantities administered to pets are significantly lower than those used in the livestock sector. Generally, antimicrobial use for pets mirrors use in humans, with administration most common for treatment of infections as well as pre- and post-surgery. Strategies similar to those proposed for reduction of antimicrobial use in humans should also be effective in this sector, with higher rates of vaccination, better rapid diagnostics, and improved awareness for veterinarians and pet owners all predicted to help reduce unnecessary use. 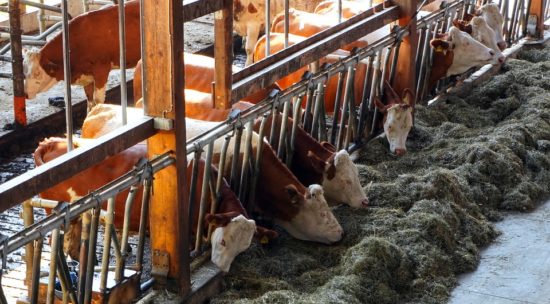