The large quantities of discarded antibiotics in Hong Kong’s landfills pose a pollution problem and a potential hazard to public health and ocean life, a new study by a Hong Kong Baptist University (HKBU) scholar says.

The HKBU team was led by Dr Chung Shan-shan, Programme Director of the Master of Science in Environmental and Public Health Management, and Senior Lecturer of the Department of Biology. The team collected leachate, which is the liquid that drains or “leaches” from a landfill, from three landfills in Hong Kong to examine the pollution levels leaching from those sites. The results showed that in general the leachates contain human antibiotics and some samples have quantities resulting in the possible development of antibiotics-resistant microorganisms, thus threatening human health.

The sites are the West New Territories Landfill, one of largest active landfills in Asia, and the Pillar Point Valley and Shuen Wan sites, which have been closed for 20 years. The team examined the concentration of antibiotics in the leachate and their associated hazards. Sampling was undertaken during the wet and dry seasons.

In terms of antibiotic resistance, it was found that CLX, CAP, ROX and SMX in leachates did not exceed the acceptable levels, measured by “predicted no effect concentrations” (PNECs), values used in assessing environmental risk. However the CIP, ERY and TMP levels in some locations and on some dates were found to be exceeding those values. In particular, the concentrations of CIP in all samples exceeded its PNEC values by 5 to 53 times, including leachates directly discharged into coastal systems. This implied that there is a high tendency for the development of microorganisms resistant to CIP, ERY and TMP in the nearby environment and in the water bodies into which the leachates are discharged.

Dr Chung said, “We shall not neglect the effect of environmental contamination by pharmaceutical waste or residues on public health and the sustainability of the environment. The residues, which may affect microbes in water sources and ocean fish, will enter the human food chain, leading to the development of antibiotic resistance and having a long-term impact on human beings.”

She added that the two main sources of contamination are discharges from drug manufacturing plants and medications discarded by households that have antibiotics often prescribed by doctors. The study focuses on the households’ contribution to the contamination. When antibiotics, the medications that fight infections caused by bacteria, are unused or expired they are often disposed of together with household waste and end up in landfills.

Dr Chung said antibiotic resistance (ABR) has been acknowledged as a major global health threat. In response to this problem, the government published the Hong Kong Strategy and Action Plan on Antimicrobial Resistance (2017-2022) in July 2017. While this Action Plan represents a major step towards containing the growing threat of antibiotic/antimicrobial resistance, it has not taken into account the contributions from various environmental discharges, for instance landfill leachate, to the life cycle of antibiotics. 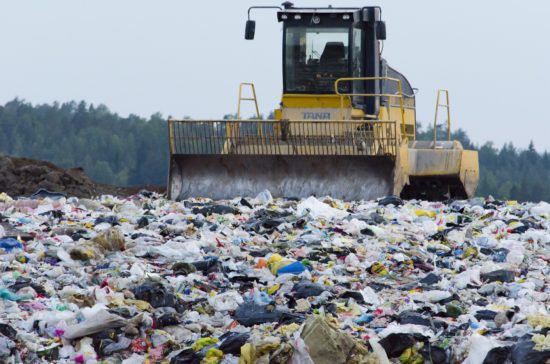