In a Nature paper, the researchers optimized derivatives of arylomycin to cross the bacteria’s outer membrane and increase target affinity. In vitro, analog G0775 had minimum inhibitory concentrations (MICs) between 0.125 and 2 μg/ml against eight different Gram-negative species. Moreover, G0775 had MICs of ≤0.25 μg/ml against 90% of 49 MDR clinical isolates of Escherichia coli and Klebsiella pneumoniae; MICs of ≤4 μg/ml against 16 MDR strains of Acinetobacter baumanii; and MICs of ≤16 μg/ml against 12 MDR strains of Pseudomonas aeruginosa.

Genentech study authors Christopher Heise and Peter Smith told BioCentury the Roche (SIX:ROG; OTCQX:RHHBY) unit is continuing to develop arylomycin analogs to treat MDR infections, and has generated over 1,000 arylomycin analogs including G0775, but declined to offer details or timeline for development. 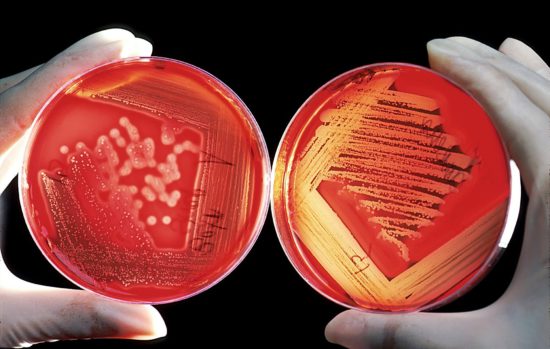