It is estimated that, by 2050, 10 million people a year will be dying from Antimicrobial resistance (AMR). Also by 2030, antimicrobial resistance could force 24 million people into extreme poverty. Until recent initiatives such as the First and Second AMR Call To Action meetings, the Global Health Security Agenda (GHSA) and the Fleming Fund, AMR careers consisted of a mixed cadre of nurses observing poor/slow wound healing at site infections, laboratory professionals seeing resistance in the lab, clinicians reporting therapeutic failure and pharmacists observing complaints of ineffective medicines to mention but a few. These beginning with Alexander Fleming in 1945 were akin to the Night’s watch in Game of thrones raising an alarm of a pending winter and attack in an era of apathy and low political and financial will to act. Efforts to advance a global containment strategy in 2001 were quickly eclipsed by the war on terror and the SARS outbreak response.

For most of us we are blessed that nowadays AMR is actively targeted at International, Regional, National, Provincial, District, Hospital and Clinic levels. We see WHO at the Global level creating a special Directorate with staff dedicated to AMR and clinics and hospitals doing the same with stewardship teams.

If you are pursuing a career in AMR, It is important to note that save for programmatic and public health roles, there is rarely a distinct job in clinical practice call ‘AMR something’ as there already exist Infectious Diseases specializations and post graduate training in infectious diseases or public health. Many manuals, policies, guidelines, handbooks have been developed by IACG, WHO, FAO, OIE, ECDC, CDC, SHEA, BSAC, BioMérieux and many others. Equipped with skills of infectious disease management and the tools available one could in a way specialize in AMR.

It’s important to note that this is not only a clinical endeavor, data scientists, administrators, social workers, behavior change scientists to mention but a few have a huge role to play and equipped with the same tools can equally be in position to start up or join stewardship teams and global programs alike.

On a closing note, I want to recommend that once you have built up your knowledge and skills, joining professional groups on social media and email platforms such as WHO’s AMR-NAP platform and AMR Insights ambassadors network provides an opportunity to network and learn new experiences beyond your profession and borders. 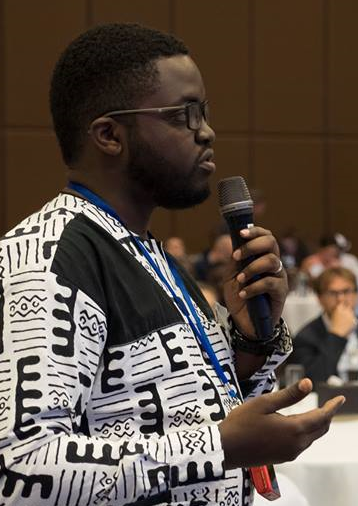