Antimicrobial resistance is recognized as a serious global threat to human and animal health and a global action plan on AMR was endorsed in May 2015. FAO has set out its own plan of action to support this, and a series of initiatives to address AMR issues, ranging from animal health to the general aquaculture sector, has emerged through global and regional projects.

However, intensification of aquaculture, and increasing movements of live aquatic animals, have significantly increased the occurrence of aquatic animal diseases, particularly diseases caused by bacteria and other microorganisms in aquaculture.

Currently, antimicrobials are commonly used in the prevention and control of aquatic animal diseases in aquaculture in Asia. However, due to lack of effective regulations and management in the use of antimicrobial use (AMU), coupled with poor animal health management practices in Asian aquaculture generally, the risk of developing AMR associated with aquaculture can pose a major threat to human health and the sustainability of the aquaculture industry in the region.

“Ultimately, the goal is to safeguard the development of this important animal food production sector and to eliminate the threat to human health,” said Weimin Miao, FAO Fisheries Officer. “It’s also an important contribution to FAO’s dedicated work on One Health.”

FAO is collaborating with the Network of Aquaculture Centres in Asia-Pacific (NACA) through discussions with fisheries experts and government authorities in the region to examine AMR risks to aquaculture in Asia and review related studies. The experts are also working on the development of a proposed AMR surveillance guideline for bacterial pathogens in aquaculture, the third in a series of proposed guidelines in the region.

The regional consultation is a joint activity of FAO’s regular fisheries programme and the United States Agency for International Development project on AMR. Seventeen countries in Asia and the Pacific, as well as regional and international organizations and development partners are represented.

The consultation is expected to review knowledge and information on AMR, analyze the status and major issues with AMU and its regulation. Preliminary study results of AMR mitigation in Asia aquaculture sector in eight selected countries was presented. A suite of recommendations to effectively mitigate AMR in aquaculture sector is expected as one of the meeting outputs. 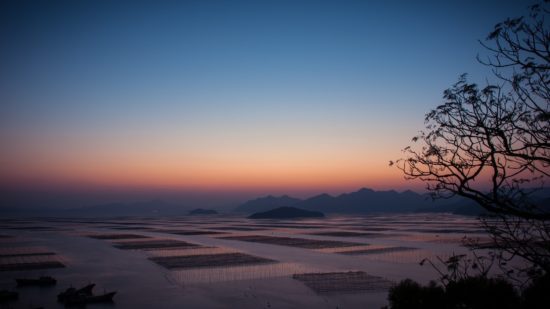