Irrigation water is a major source of fresh produce contamination with undesired microorganisms including antibiotic-resistant bacteria (ARB), and contaminated fresh produce can transfer ARB to the consumer especially when consumed raw. Nevertheless, no legal guidelines exist so far regulating quality of irrigation water with respect to ARB. We therefore examined irrigation water from major vegetable growing areas for occurrence of antibiotic-resistant indicator bacteria Escherichia coli and Enterococcus spp., including extended-spectrum β-lactamase (ESBL)-producing E. coli and vancomycin-resistant Enterococcus spp. Occurrence of ARB strains was compared to total numbers of the respective species. We categorized water samples according to total numbers and found that categories with higher total E. coli or Enterococcus spp. numbers generally had an increased proportion of respective ARB-positive samples. We further detected high prevalence of ESBL-producing E. coli with eight positive samples of thirty-six (22%), while two presumptive vancomycin-resistant Enterococcus spp. were vancomycin-susceptible in confirmatory tests. In disk diffusion assays all ESBL-producing E. coli were multidrug-resistant (n = 21) and whole-genome sequencing of selected strains revealed a multitude of transmissible resistance genes (ARG), with blaCTX-M-1(4 of 11) and blaCTX-M-15 (3 of 11) as the most frequent ESBL genes. Overall, the increased occurrence of indicator ARB with increased total indicator bacteria suggests that the latter might be a suitable estimate for presence of respective ARB strains. Finally, the high prevalence of ESBL-producing E. coli with transmissible ARG emphasizes the need to establish legal critical values and monitoring guidelines for ARB in irrigation water.

We could show high occurrence of ESBL-producing E. coli in irrigation water, with one positive sample in five. We further showed that these strains harbor a diversity of mobile ARG and a variety of virulence factor genes, including toxin genes. To determine the amount of such bacteria in irrigation water, a quantitative rather than enrichment-based approach is needed. However, whatever their abundance in the water, their spread via irrigation onto foods which are consumed raw poses a potential health risk which must be avoided. Therefore, monitoring and regulating irrigation water quality as well as developing affordable sanitation technologies is crucial, especially as the use of surface water and reclaimed wastewaters tends to become more and more common agricultural practice. 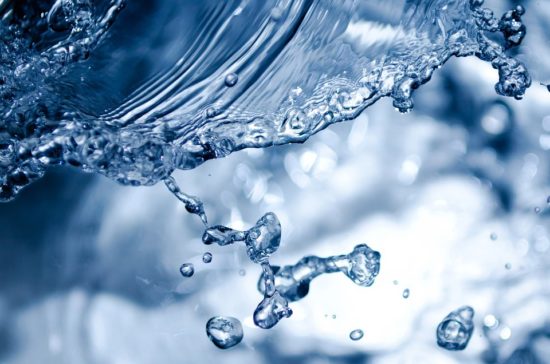