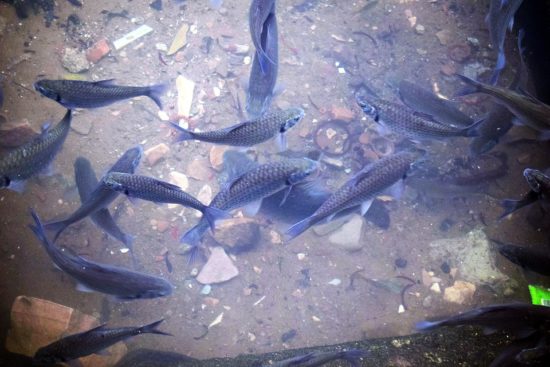 
The occurrence and distribution of antibiotic resistance (AR) phenomena in areas designed for fish Farming has exponentially increased in the last decades. AR bacteria have become a global concern due to the massive use or misuse of antibiotics to prevent possible diseases and overcome major production problems, as confirmed by several research reports. As a consequence of the selective pressure exerted by antibiotics, ARB has been developed and multi-drug resistant bacteria (MDR) have become difficult to be controlled and eradicated. Their spread is expected to increase and is recognized to represent one of the most serious threats to public health in this century. Compared to the past, in salmonid farming in Europe and America, an effective range of vaccines has been developed, which have allowed decreasing the use of antimicrobial agents for most of the bacterial diseases . In addition, the husbandry methods and diagnostic techniques have been improved and this has resulted in a more effective control of bacterial pathogens and reduced impacts of fish diseases. However, for some bacterial diseases, no vaccines are available yet and antimicrobials are still used as a prophylactic measure.