A comprehensive monitoring of a broad set of antibiotics in the final effluent of wastewater treatment plants (WWTPs) of 7 European countries (Portugal, Spain, Ireland, Cyprus, Germany, Finland, and Norway) was carried out in two consecutive years (2015 and 2016). This is the first study of this kind performed at an international level. Within the 53 antibiotics monitored 17 were detected at least once in the final effluent of the WWTPs, i.e.: ciprofloxacin, ofloxacin, enrofloxacin, orbifloxacin, azithromycin, clarithromycin, sulfapyridine, sulfamethoxazole, trimethoprim, nalidixic acid, pipemidic acid, oxolinic acid, cefalexin, clindamycin, metronidazole, ampicillin, and tetracycline. The countries exhibiting the highest effluent average concentrations of antibiotics were Ireland and the southern countries Portugal and Spain, whereas the northern countries (Norway, Finland and Germany) and Cyprus exhibited lower total concentration. The antibiotic occurrence data in the final effluents were used for the assessment of their impact on the aquatic environment. Both, environmental predicted no effect concentration (PNEC-ENVs) and the PNECs based on minimal inhibitory concentrations (PNEC-MICs) were considered for the evaluation of the impact on microbial communities in aquatic systems and on the evolution of antibiotic resistance, respectively. Based on this analysis, three compounds, ciprofloxacin, azithromycin and cefalexin are proposed as markers of antibiotic pollution, as they could occasionally pose a risk to the environment. Integrated studies like this are crucial to map the impact of antibiotic pollution and to provide the basis for designing water quality and environmental risk in regular water monitoring programs. 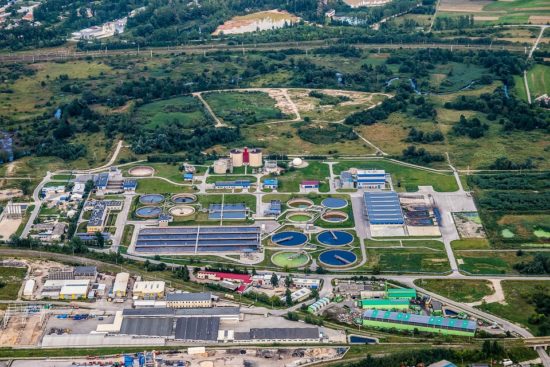