Home » What are bacteria?


Bacteria are small, single-celled microorganisms that belong to the oldest life form on earth. Bacteria exist about 3.5 billion years (the earth about 4 billion years). The first primates, from which later the homo sapiens originated, only appeared 60 million years ago. In those 3.5 billion years bacteria have evolved into an infinite number of species and shapes. Thanks to this evolution, bacteria also became increasingly resistant to unfavourable conditions such as cold, heat and, as we will see later, antibiotics. Most bacteria have not yet been identified and characterised.

Bacteria are found everywhere on earth: in the deepest seas and on the highest mountains, in the soil, water and in the air. In one gram of soil about 40 million bacteria are found. Bacteria also occur on and in humans and animals, for example in the gastrointestinal tract and on the skin. Bacteria are also found on plants. An average person has even more bacterial cells than human cells. These bacteria play an important role in the digestion of our food and the maintenance of our health.

Different bacteria have different forms: balls, rods and spirals. Sometimes bacteria are connected in groups or strands. Bacteria attach themselves to surfaces and can form biofilms: thinner or also thick layers of bacteria that can exist, for example, on implants. Bacteria are small and only detectable with a microscope. The size varies between 0.02 and 0.0001 mm. The Dutchman Anthoni van Leeuwenhoek was the first to see bacteria with his very simple microscope.

Most bacteria are harmless and we even need them. Bacteria play an important role in the production of cheese, yoghurt and, for example, in the purification of waste water. Some bacteria can cause infectious diseases in humans and/or animals or plants. In humans, these diseases include tuberculosis, cholera, syphilis, tetanus and diphtheria. In animals mastititis and in potatoes for example brown rot.

Each bacterial cell stands alone and has its own ‘maintenance factory’ with a chromosome (genetic material), ribosomes (where new proteins are made) and enzymes. Bacteria are surrounded by a membrane and a solid cell wall. Danish microbiologist Hans Christiaan Gram discovered that there are roughly two types of cell walls that can be distinguished with a ‘Gram staining’: Gram positives and Gram negatives. Besides the chromosome, bacteria can also contain small pieces of extra genetic material (DNA). These pieces of DNA are called ‘plasmids’ and are separate from the much larger chromosome. They may however also be incorporated into the chromosome. The ‘plasmids’ contain genetic material that determines the antibiotic resistance of the bacteria. I will come back to that later. These plasmids remain in the bacterium but can also be passed on when the bacterium divides. Then they also enter the offspring (‘vertical transmission’). The plasmids can also be passed on to other bacteria of the same or of a different kind by ‘horizontal transmission’.

Want to know more about Antimicrobial resistance? Mail your question to info@amr-insights.eu and I will come back to it. 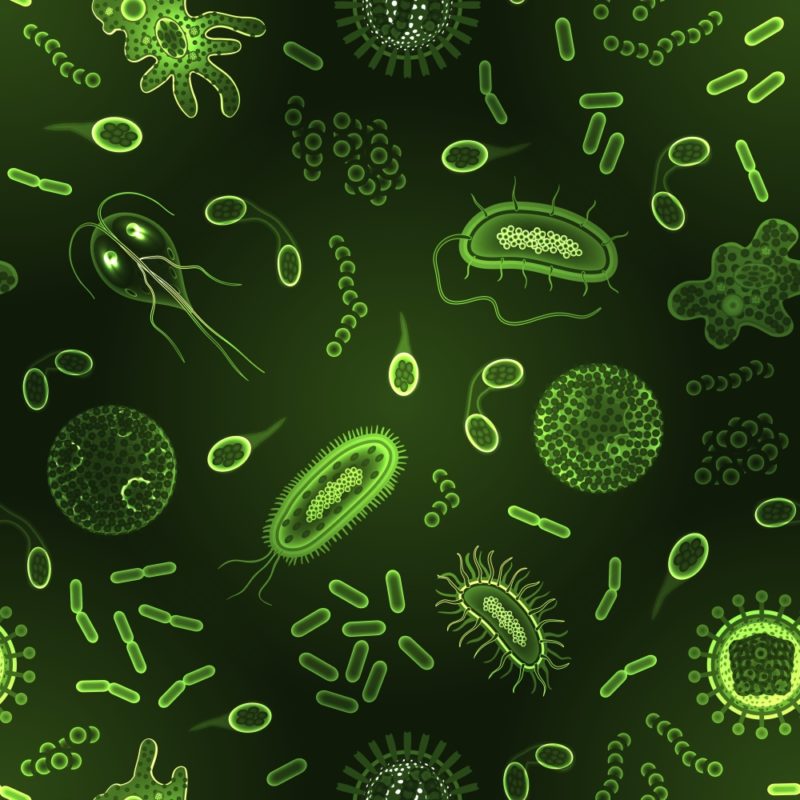