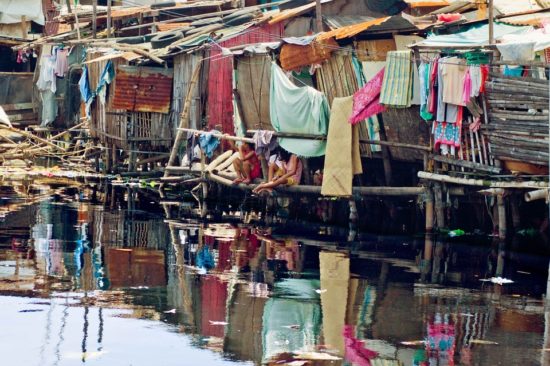 
Antimicrobial resistance (AMR) is a growing public health challenge that is expected to disproportionately burden lower- and middle-income countries (LMICs) in the coming decades. Although the contributions of human and veterinary antibiotic misuse to this crisis are well-recognized, environmental transmission (via water, soil or food contaminated with human and animal faeces) has been given less attention as a global driver of AMR, especially in urban informal settlements in LMICs—commonly known as ‘shanty towns’ or ‘slums’. These settlements may be unique hotspots for environmental AMR transmission given: (1) the high density of humans, livestock and vermin living in close proximity; (2) frequent antibiotic misuse; and (3) insufficient drinking water, drainage and sanitation infrastructure.