“About mcr Genes, an Emerging Threat

The mcr gene is particularly worrisome because it is found on plasmids, small pieces of DNA that carry genetic instructions from one bacterium to another. This means that plasmids carrying resistant mcr genes can make other bacteria become resistant to colistin, including the “nightmare bacteria” carbapenem-resistant Enterobacteriaceae (CRE). The term mcr stands for “plasmid-mediated colistin resistance,” describing the gene’s ability to avoid the effects of colistin and share this ability with other bacteria. The descriptions -1, -2, and -3 indicate different DNA sequences. 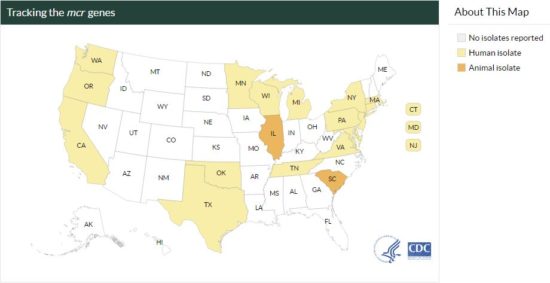