Superbugs: MEPs advocate further measures to curb use of antibiotics

In the non-binding resolution, adopted with 589 votes to 12 and 36 abstentions, MEPs stress that the correct and prudent use of antimicrobials is essential to limit antimicrobial resistance (AMR) from emerging in human healthcare, animal husbandry and aquaculture.

The food chain and the environment also need to be taken into account, as they are potential sources of resistant microorganisms, say MEPs.

“If nothing is done, antimicrobial resistance may cause more deaths than cancer by 2050. We have to start by looking at the whole cycle, because people’s and animal health are interconnected. Diseases are transmitted from people to animals and vice versa, and that is why we support the holistic approach of the ‘One Health’ initiative,” said rapporteur on the “One Health” action plan, Karin Kadenbach (S&D, AT).

“EU member states handle this problem in different ways, so we are asking the Commission to consider requiring EU countries to routinely collect and submit monitoring data so that we have it available at EU level and to establish indicators to measure progress in the fight against antimicrobial resistance.”

MEPs call on the EU Commission and member states to restrict the sale of antibiotics by human and animal health professionals, and to remove any incentives for prescribing them. Firm action should be taken against illegal sales, and sales without prescription of antimicrobials in the EU.

The European Commission should draft an EU priority pathogen list for both humans and animals, clearly setting future R&D priorities. Incentives should be created to stimulate investment in new substances.

Labels explaining antibiotic use would also enable consumers to make well-informed choices. The Commission should create a single system for labelling, based on animal welfare standards and good animal husbandry practices, say MEPs.

AMR is responsible for an estimated 25,000 deaths (and €1.5 billion in extra healthcare costs every year in the EU alone. The rise in AMR is due to a number of factors, such as excessive and inappropriate use of antibiotics in humans, veterinary overuse in livestock, and poor hygiene conditions in healthcare settings or in the food chain.

According to a 2016 Eurobarometer, lack of awareness remains a key factor: 57% of Europeans are unaware that antibiotics are ineffective against viruses, 44% are unaware that they are ineffective against cold and flu. There are significant differences between EU countries in antimicrobial use, occurrence of resistance, and the extent to which effective national policies deal with AMR have been implemented. 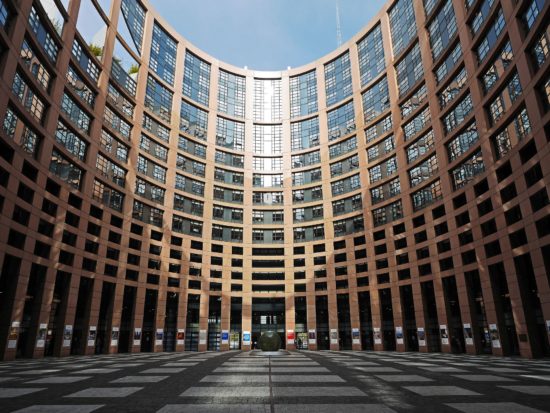