Sam Linsen is a Dutch entrepreneur and founder of the Chinese company Squared Ant. The company is developing a platform to monitor antibiotics in food and water. The company’s aim is to enable food producers and the public to follow their antibiotic footprint and/or intake. In fact, Squared Ant provides a cell-based technology that detects antibiotic residues in food (milk, meat, shrimps, eggs) and water (rivers, coastal and surface waters, effluents) in order to generate an overview of the sources of pollution and the trace amounts of antibiotics in their environment. Their platform is therefore applicable to industries or environmental bureaus. Squared Ant’s solution will also be made available for the public for antibiotic awareness purposes, to stimulate consumers to become more demanding on antibiotic use in the products they use and eat in their daily live. As part of a cloud solution, data that is collected by the public will be made publicly available, so that everyone will be better informed where to find safe and healthy products. Sam invites the public to visit the website of Squared Ant and to register in order to receive updates and insights on what data the company is collecting: for instance, when they start operations in the your area or reach out to  request test samples. This ultimately should add to improvement of the environment where the client lives.

Nathaniel Martin is a professor of Biological Chemistry at Leiden University in the Netherlands. He is an organic chemist by training and obtained his PhD from the University of Alberta in Canada. As an organic chemist, his aim is to understand things at the molecular level. With his research group he applies (bio)organic chemistry and chemical biology-based approaches to address biologically interesting and medically relevant questions. As such, his research group aims to develop new antibiotics to overcome antibiotic resistant bacteria as well as new molecules that block resistance pathways in drug resistant bacteria. As the leader of an academic research group, Martin’s work is fundamental and focuses on discovery and preclinical stage research.

In considering how to respond to the goring threat of AMR it is important to recognize that research and development of new antibiotics will remain foundational to being able to maintain our health care systems. The Martin group uses a range of strategies for the discovery and development of new antibiotics that can overcome AMR. One such approach is semi-synthesis, a process whereby naturally occurring molecules are modified using the tool of organic chemistry to generate new variants with improved properties. In the Martin group this approach has recently led to the discovery of a new class of semi-synthetic glycopeptide antibiotics that show potent activity against vancomycin resistant bacteria. A patent covering these new glycopeptides has been filed and preclinical work is now underway to further establish their therapeutic potential.

Arjan de Visser is a professor in Evolutionary Genetics at Wageningen University & Research Center. As an evolutionary biologist he works on models to try to predict genetic evolutionary pathways. For his research work he is using bacteria and fungi in laboratory evolution experiments to understand the determinants of evolution. As such he is trying to predict how bacteria evolve resistance.

He also applies more conventional methods by putting the gene for the ‘resistance enzyme’ on a plasmid (a short circular piece of DNA) and challenging both the plasmids and the bacterial chromosome with beta-lactam antibiotics to identify possible mechanisms that may lead to resistance. This provides information on how many different pathways there are and what makes bacterial populations choose from one pathway over the other, each leading to different levels of resistance. This is directly relevant for understanding the natural evolution of resistance towards antibiotics, but also for finding dosage-specific pathways which might be steered with drug therapies to prevent high resistance levels.

In his search of an overview of the mutational pathways towards resistance he wants to explore these as broadly as he can. The topic of the predictability of evolution is certainly one that is receiving growing attention. His group is part of a bigger consortium at the university that is coordinated at the University of Cologne in Germany. Their ultimate focus is to predict antibiotic resistance in order to contain the problem.

This figure shows the spread of mutations in one of 96 bacterial populations challenged with a novel beta-lactam antibiotic (cefotaxime) during 500 generations. The names of genes affected by mutations are indicated. We combine large-scale laboratory evolution experiments with genomic and fitness analyses to identify common mutation trajectories to beta-lactam resistance, and what determines the “choice” of specific pathways by populations.

The Netherlands Innovation Network aims to improve the innovation capabilities of the Netherlands by linking global and Dutch innovation networks. The network stimulates international collaboration in the fields of innovation, technology and science in order to support the implementation of the Dutch knowledge and innovation agenda. They address national and global challenges and aim to further develop key enabling technologies through international cooperation by

to help Dutch organisations with international innovation, technology and science ambitions. The podcast of the network is called Innovation Matters and addresses research and technologies that could help solve the grand societal challenges the world is facing. Specifically focused on fields in which countries can work together, or in which successful international collaboration is already going on.

Go to the podcast >> 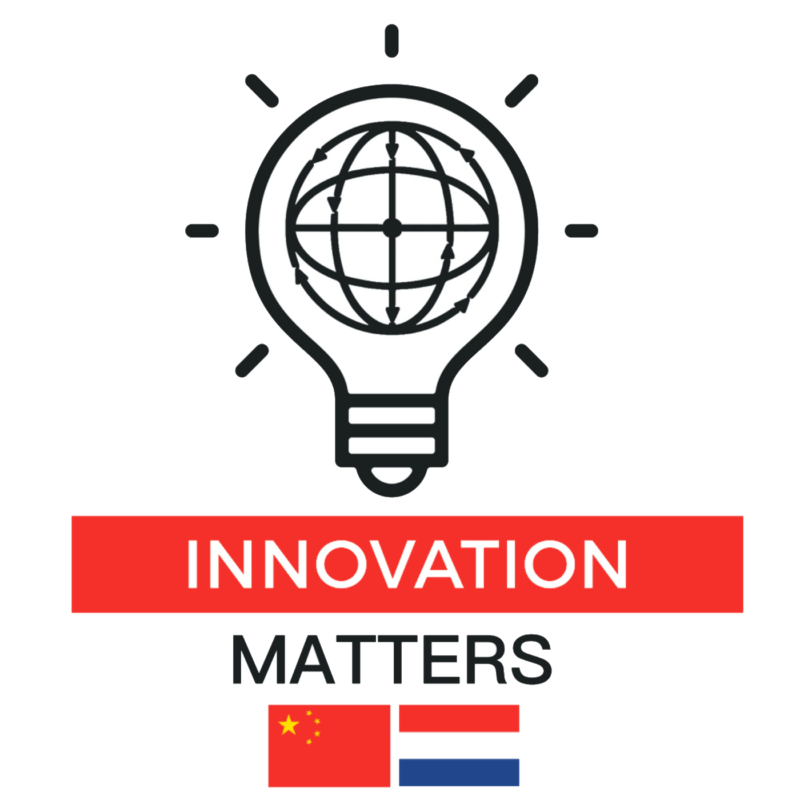