The coronavirus pandemic still impacted heavily on the healthcare system in the Netherlands in 2021.
More people ended up in intensive care units and fewer people were able to get appointments in regular
healthcare. Despite these changes the number of antibiotic-resistant bacteria has remained the same
over the past couple of years. Resistance has even decreased in some strains of bacteria compared to
previous years. Furthermore, the number of bacteria that are resistant to various types of antibiotics
simultaneously, which makes treatment more difficult, has not changed.

In recent years, there has been an increase in antibiotic resistance in some strains of bacteria that usually
cause mild infections such as of the skin. Hospitals and care homes for the elderly have reported fewer
outbreaks caused by resistant bacteria since the start of the pandemic in 2020. It is unclear what the effects of the pandemic will be on antibiotic resistance on the long-term.

The overall quantity of antibiotics prescribed by GPs and hospitals fell during the pandemic. That said,
more antibiotics per patient were prescribed. This is due to the fact that many patients with Covid-19 had
to be treated for longer and more intensively in hospital.

Infections caused by antibiotic-resistant bacteria are becoming increasingly common throughout the
world. This problem is not quite so acute in the Netherlands as it is in many other countries as antibiotics
are only prescribed if it is absolutely necessary to do so. Still, we do need to remain vigilant in the
Netherlands. That entails keeping a close eye on antibiotic use and antibiotic resistance. Monitoring these
will enable us to implement measures in a timely fashion to prevent the problem of antibiotic resistance
from getting worse.

The measures currently in place in the Netherlands to combat antibiotic resistance extend beyond the
healthcare sphere. After all, resistant bacteria are also found in animals, in food and in the environment
(One Health approach).

Over the past decade there has been a fall in resistance in gut bacteria in pigs, cows and chickens kept for
food production (farmed animals). A lower quantity of antibiotics was sold and used for farmed animals
in 2021 than in 2020. Compared to 2009, the reference year, the drop in sales is over 70%. Since 2015, the
antibiotics that are crucial to treat infections in people have only been used on farmed animals in highly
exceptional circumstances.

This is shown in the annual report NethMap/MARAN 2022, in which various organisations collectively
present the data on antibiotic use and antibiotic resistance in the Netherlands, for humans and animals.

Further reading: RIVM
Author(s): RIVM and others
Effective Surveillance   Back 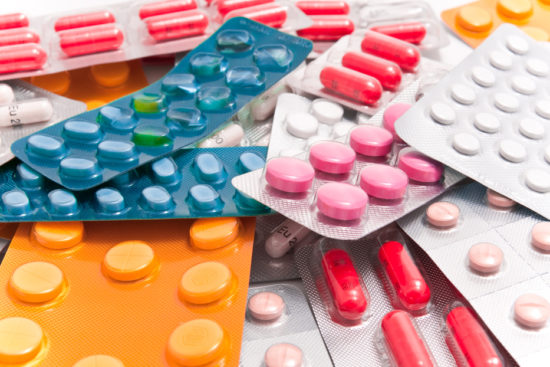