The number of bacteria that are resistant to antibiotics is increasing worldwide. In the Netherlands, that number is generally stable, and it is not at such a high level as in many other countries. There were hardly any increases in resistance found in 2019, and the resistance of some species of bacteria actually decreased in comparison to the previous years. The number of bacteria that are resistant to several different antibiotics and are therefore more difficult to treat is also not increasing. However, there is still reason to be vigilant in order to ensure that potential changes can be noticed in time.

Fewer antibiotics were prescribed for domestic farm animals in 2019 compared to 2018. In comparison to 2009, the reference year, the sale of antibiotics decreased by almost 70%. Almost no antibiotics that are important for treating infections in humans have been used for domestic farm animals in recent years. The level of antibiotic resistance in the various animal sectors remained the same or decreased somewhat in
comparison to 2018. The percentage of ESBL-positive animals decreased further in all animal sectors. The biggest decrease in the percentage of ESBL-positive animals over the last 5 years was seen in broilers and
on chicken meat. ESBLs are enzymes that can break down commonly used antibiotics such as penicillins.

In recent years, extra measures have been taken in the Netherlands to combat antibiotic resistance. These measures extend beyond the healthcare system because resistant bacteria also occur in animals, in foodstuffs and in the environment. That is why a ‘One Health’ approach is used in the Netherlands. In the annual NethMap/MARAN 2020 report, various organisations collectively present their data on antibiotic use and resistance in the Netherlands, for humans as well as animals. 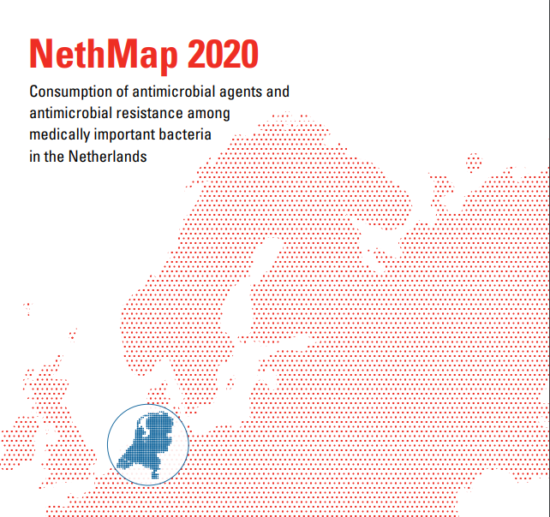