Hi!
I am currently a Senior Microbiologist, Project and Team Leader in Antibacterials, Severe Bacterial Infections Cluster and Bacteriomics Platform at Evotec ID in Lyon, France. My path towards becoming a foot soldier working on the AMR front line developed as follows.

During the early to mid-1990s, I earned a BSc in Genetics (University College London) and a PhD in Cell Biology (EMBL, Heidelberg) focusing on phagocytosis. My supervisor was Gareth Griffiths, famous for his morphology work on the endocytic & phagocytic pathways, as well as Vaccinia virus cellular microbiology in eukaryotic cells using transmission electron microscopy, in particular immunolabelling on thawed ultra thin cryosections. I then gained postdoctoral training in Microbiology at the Pasteur Institute in Paris, under the mentoring of Philippe Sansonetti, world-renowned for his pioneering work on the cellular microbiology of the dysentery causing bacterial species Shigella. Aged 29, I next set-up a research laboratory focused on molecular studies of the function and structure of type III secretion systems (T3SSs), major virulence devices of Gram-negative bacterial pathogens such as Shigella and Salmonella at the Dunn School of Pathology, University of Oxford. During this period I developed a strong mentoring relationship with one of the scientists whose work I still find most important, elegant and inspirational in my field, David Holden, initially because he offered me my first independent position, at Imperial College London (which I however turned down for the Oxford one), and I also developed a long and fruitful collaboration with the laboratory of Keiich Namba at the University of Osaka, Japan. Keiichi was, with David DeRosier, a true pioneer in developing cryoelectron microscopy for high-resolution structural analysis of macromolecular structures displaying helical symmetry or pseudosymmetry. Such macromolecular complexes include the T3SS needle & its pentameric tip and the bacterial flagellum and its caps. These two types of molecular machines are evolutionary, structurally and hence functional related and his laboratory and my own thus joyfully studied them together for almost two decades. In 2008, I moved my laboratory and became a member of academic staff in the Faculty of Biomedical Sciences at the University of Bristol. I remained there until 2017 when I took an R & D project leader position in the Antimicrobials unit at Sanofi Aventis in Lyon, France. In 2018, my unit was transferred to Evotec as Evotec ID Lyon. Since entering industry, my research is focused on the identification and development of novel molecules able to eradicate Gram-positive persister bacteria. More recently, I have taken on responsibility also for our short-term immune prophylaxis and bacterial RNA polymerase projects.

When I think back and try to connect the dots in my professional life I think perhaps the most rational line I can draw is from phagocytosis to what is being phagocytosed, i.e. usually bacteria, to their virulence and hence to the need for new antibacterials and vaccines. Of course, there is also another rational line that runs at an angle to my scientific interests and career, because in my view it is very important that research, whether publicly or privately funded or both, seeks to address the most pressing challenges of its day. That second line is that of ever rising antibiotic resistance until the worldwide crisis we have reached in the last decade. These two lines intersected for me in 2017 when I transitioned into industry, into one of the last and now also probably the biggest Antimicrobials R&D unit in the world. In my view, the structure I now operate in is unique and uniquely fit for its purpose. So, I really hope to have the opportunity to tell you about it in more detail at a later date.

Finally, because the decisions we make are never fully rational, there is also a historical and emotional line. That line is carried by four names and two molecular families. These four names are: Guy Geoffrey Frederick Newton, Edward Penley Abraham, Jeff Errington and the Dunn School of Pathology in Oxford. The two chemical families are the antibiotics Penicillins and Cephalosporins, probably the therapeutic interventions of modern medicine that have saved the most lives overall, ever (only vaccines have done better but that’s because they act prophylactically, of course!). Indeed, you may be aware that the initial production and therapeutic use of penicillins at the end of World War II by Florey, Chain and Abraham and the identification and patenting of the cephalosporin ring structure in the early 1960s by Abraham and Newton are the Dunn School’s main claim to fame. For me they were also a veritable life-line since it is largely with the money derived from patent-related income that Newton, who sadly died prematurely, left to his wife and daughter and which they ultimately placed in a Trust managed coordinately with the Dunn School, that I was enabled to start my own laboratory in 2001. For trivial historical reasons best discussed elsewhere, The Edward Penley Abraham Research Fund has a much bigger endowment still, that basically supported the Dunn School and much of the Microbiology research ongoing on South Parks Road in Oxford – including my own, and still does so today. All this to say that, from 2001 till 2007, I was the first and I believe so far still the only Guy G. F. Newton Senior Research Fellow at the Dunn School. This was also the time when Jeff Errington, a world expert in Bacillus sporulation, cell division and morphogenesis as well as the creator of two antibacterials companies –Prolysis and later Demuris at a time when big Pharma is running away from the field as fast as can- was the Professor of Microbiology at the Dunn School. Jeff was hence my fifth mentor, and a highly congenial and influential one at that. From witnessing Jeff go through repeated and exhausting rounds of «refinancing» for Prolysis, I concluded that I did not want the added stress of a start-up whilst also running my research lab and performing teaching and administration related duties in a University environment, as well as raising three children including one suffering since aged 2 and 3/4 from type I diabetes. Indeed, over the years it became increasingly apparent to me that, unlike in Newton’s day, Universities were no longer the most appropriate location for drug discovery. But, I always knew I wanted the opportunity to return to the world the trust that was placed in me with the award of the prestigious Guy G.F. Newton Research Fellowship, i.e. I wanted to develop some antibacterial drugs for the future. So, when I became disappointed with the professional and professorial mediocrity I witnessed within my Faculty at the University of Bristol, who (among other things) failed to promote me to a Professorship position after I was the first woman at that University to be awarded a very prestigious Investigator Award from the Wellcome Trust for my work on T3SSs -despite my vocal complaints of sexism!-, and in view of the ever worsening AMR crisis, I decided now or never was the time to make the leap into industry.

Since then I enjoy the ability to concentrate on research (since I no longer train undergraduates, just very select MSc and PhD students), the diversity of research fields I need to cover and of the skills I have had to acquire, and the highly transverse, collaborative and multidisciplinary environment I operate in. But, first and foremost I enjoy the fact that my professional life is now I think fully aligned because my research interests and skills are given the opportunity, on a daily basis, to do something undeniably important and useful for the world at a critical time in its infection biology history. In this, I think I may now be guided in terms of industrial expertise by two other individuals: Tom Dougherty who taught at Patrick’s Courvalin’s fantastic International Course on Antibiotic Resistance [ICARe, highly recommended which I was lucky enough to be invited to attend in 2018]; see also Tom’s great book: Antibiotic Discovery and Development, ISBN 978-1-4614-1399-8; DOI 10.1007/978-1-4614-1400-1) and Evotec ID Lyon’s Head of Antimicrobials Chemistry, Eric Bacqué, because both are keen to share their decades of experience with relative novices like myself. Finally, for wider strategic thinking, I have also adopted a final mentor of, in my opinion truly extraordinary and transformative vision, Jeremy Farrar, the current head of the Wellcome Trust. If you don’t yet follow the infatiguable and incredibly motivational @JeremyFarrar on Twitter, I strongly recommend that you do, especially in these often maddening and sometimes frightening times of market failure in antimicrobial R&D and the COVID-19!

As a final reflection, I would add that mentors were clearly really, really important to my development. Therefore, I am saddened that I could not point here to any female ones as directly relevant to my overarching career choices. I guess I am still of a generation when science and the R&D industry were just overwhelmingly male staffed. But, thankfully that is changing now, and looking to the future, I see it as one of my priorities before I myself retire to mentor more talented women scientists into my own field.

Bye for now, really looking forward to meeting and exchanging with you all soon!

PS: As my only visual props, I attach a framed photograph of Guy G. F. Newton sitting on the roof of the Dunn School looking out towards the future (well, actually towards Oxford University’s Parks!) made and given to me at my arrival at the Dunn School, when I requested information about the person who had given his name to the fellowship I carried. The frame is reversible and carries on its back also some beautiful prose by Abraham on his co-worker Newton. It is one of my most treasured professional possessions. 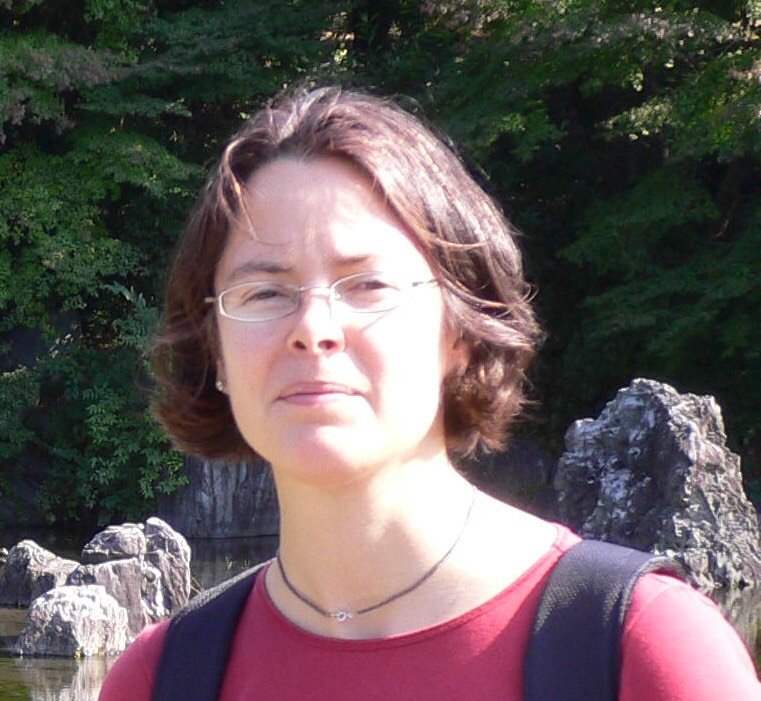