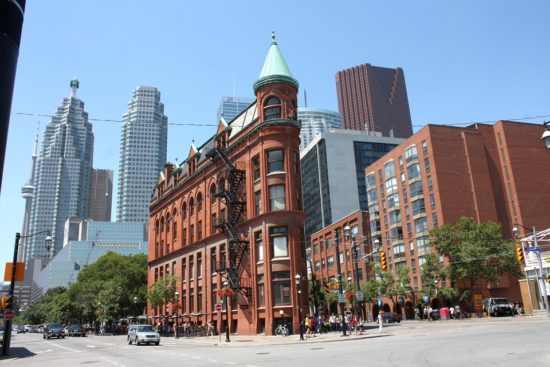 
A strain of extensively drug resistant (XDR) Salmonella Typhi has caused a large ongoing outbreak in Pakistan since 2016. In Ontario, Canada, ten cases of mainly bloodstream infections (n=9) were identified in patients who traveled to Pakistan. Whole genome sequencing showed that Canadian cases were genetically related to the outbreak strain. The appearance of XDR typhoid cases in Ontario prompted provincial wide alert to physicians to recommend carbapenems or azithromycin in suspected typhoid cases with travel history to Pakistan.