In a study yesterday in Antimicrobial Resistance and Infection Control, Ethiopian researchers reported an alarming level of multidrug resistance among patients with healthcare-associated infections (HAIs) at a university hospital.

The cross-sectional study was carried out by researchers at Jimma University Medical Center from May through September 2016. A total of 1,015 patients were admitted during this period, and microbiologic investigation was conducted for 192 patients who were suspected of having an HAI. Investigators collected different clinical specimens (blood, urine, wound swab, pus, and sputum) from the patients, identified the bacterial pathogens, and performed antibiotic susceptibility testing.

Overall, 126 bacterial pathogens were isolated from 118 patients with culture-confirmed HAIs. The most commonly isolated bacteria were Escherichia coli (31 isolates, 24.6%), Klebsiella pneumoniae (30 isolates, 23.8%), and Staphylococcus aureus (26 isolates, 20.6%), all of which showed very high resistance patterns. Among the 126 isolates, 38 (30.2%), 52 (41.3%), and 24 (19%) were multidrug-resistant (MDR), extensively drug resistant (XDR), or pan-drug resistant (PDR), respectively. More than half of the gram-negative bacterial isolates (51%) were positive for extended-spectrum beta-lactamase (ESBL) or AmpC enzymes, and 25% were resistant to carbapenems.

The investigators found that the observed MDR rate was significantly associated with prolonged hospital stays. In addition, all 13 patients who died during the study period were infected with MDR bacteria.

The authors of the study suggest the high rate of XDR and PDR bacteria could be linked to a lack of antimicrobial resistance surveillance or an antibiotic stewardship program at the hospital, as well as to the absence of national antibiotic policies in Ethiopia, where purchasing antibiotics without a prescription is common practice. The country also lacks a system to assess the quality of imported antibiotics, they note, and it is likely that some are sub-standard.

“Coordinated effort is needed from all stakeholders working in [the] health system in Ethiopia to tackle this important public health problem,” the authors wrote. “An immediate action should be taken at the hospital to start [an] antibiotic stewardship program to reduce the observed antibiotic resistance and prevent further complications.” 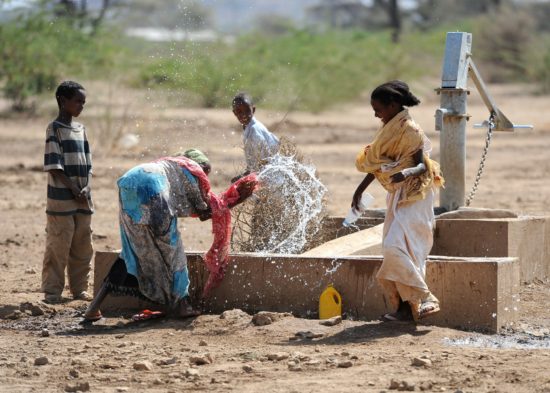