Guest blog ‘Blast from the Past – The Known and the Unknown’

It all started a summer afternoon in 1928 when Prof. Alexander Fleming left a petri dish uncapped, forgot to close the window of his laboratory and left town for five weeks and gave mother nature to work out its miracles. On his return, he found that in the petri dish something secreted by a mold (later identified as Penicillin) had lysed and killed the pathogen Staphylococcus. The discovery of Penicillin is a fascinating story as it shows the dual role of serendipity and a prepared mind at it’s full glory. The mold penicillium which secretes the molecule penicillin, grows best at 20 deg C, while for the pathogen Staphylococcus the optimum growth is at 35 deg C. It is speculated that there must have been a snap cold for a week in London during the intense summer of 1928 for the mold to grow and devour the pathogen. And the rest, as they say is history. The discovery of penicillin that ushered in a newer line of treatment in the medicinal use of antibiotics in the 1950’s has undoubtedly bestowed one of the greatest benefits to mankind. Over the following years, the average life span of population increased significantly as starkly exemplified by Ms.Anne Sheafe Miller, who in 1942 was the first patient to be saved by penicillin form a near fatal Streptococcal infection. She lived a full life till her nineties and died of natural cause in 1999. 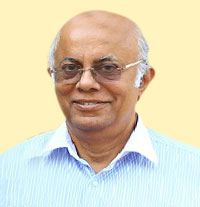