“Scientists are warning that levels of resistance to treatments for fungal infections are growing, which could lead to more outbreaks of disease.

Intensive-care and transplant patients and those with cancer are most at risk because their immune systems cannot fight off the infections.

Fungal infections had some of the highest mortality rates of infectious diseases, an expert said.

An international team, led by researchers from Imperial College London and the University of Exeter, found a huge increase in resistance to antifungal drugs worldwide over the past 30-40 years.

Everywhere in the air
Prof Matthew Fisher, professor of epidemiology at Imperial College London, said this was probably down to farmers spraying their affected crops with the same drugs used to treat fungal infections in patients.

The “unintentional by-product of this ‘dual use’ of drugs in the field and the clinic” was that drugs were no longer working in patients who were unwell, he said.

“There are fungi in the air all the time, in every lung-full of air we breathe,” Prof Fisher said.” 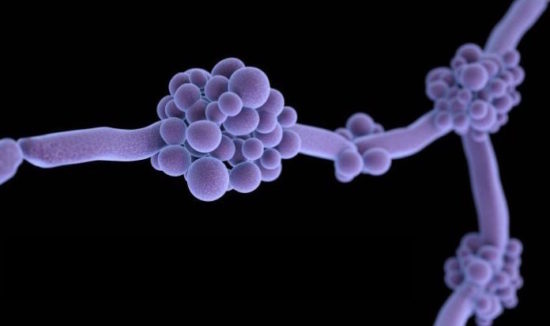