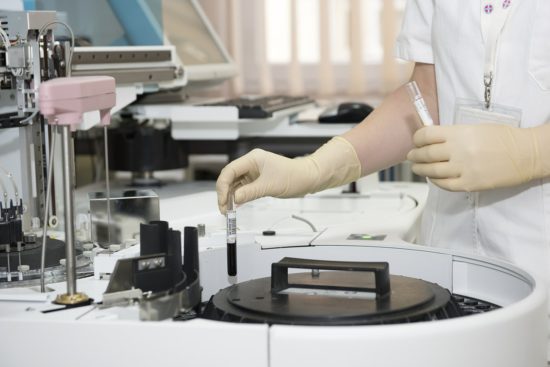 For the seven priority bacterial pathogens reported, the rate of bloodstream infection (BSI) in 2018 was 145 per 100,000 of the population (22% increase from 2014). The proportion of these priority pathogens that were resistant to key antibiotics rose for Escherichia coli and Klebsiella pneumonia, reduced for Staphylococcus aureus and remained stable for other priority pathogens. The 30-day all cause fatality was higher for antibiotic resistant compared to antibiotic susceptible BSIs.

In 2018, E coli was the commonest cause of BSI in England (76.0 cases per 100,000 population). Children under 1 and adults over 65 years were most at risk. Antibiotic resistance was more frequently detected in hospital onset E. coli BSI cases than community onset cases. Rapid increased use of cephalosporin and quinolone antibiotics over the last 3 years was associated with increased resistance detected in E. coli BSI.

In 2018, more than 1.5 million microbiologically positive urine samples were reported to PHE; almost 60% were E. coli. Nitrofurantoin, despite increased use, was not associated with changes in the proportion of resistance detected. Antibiotic resistance increased with age.

In 2018, more than 4000 bacterial isolates referred to the national reference laboratory had a carbapenemase gene detected; however, despite the increase in detections from bacteria, only 142 BSIs with carbapenemase-producing Gram-negative bacteria were identified. This reflects the important work NHS staff delivered to prevent invasive infections in healthcare settings.

Antibiotic consumption peaked in 2014. From 2014 to 2018 it has reduced by 9% from 20.0 to 18.2 defined daily doses per 1000 inhabitants per day between 2014 and 2018; reductions occurred in general and dental practice and increased in other community and hospital settings.

The number of antibiotic prescriptions dispensed in the community reduced by 16.7% (from 750 to 624 per 1,000 inhabitants per year) between 2014 and 2018. Reductions occurred across all age groups, but particularly in the under 65s.

Dental antibiotic prescriptions dispensed in the community have reduced by more than 25% in the last 5 years.

Antibiotic use in hospitals increased by 2.8% (when using hospital admissions as the denominator) in the last 5 years; the rate of increase has slowed compared to the previous 5 years. Prior to 2014, carbapenems and piperacillin/tazobactam were increasing by approximately 5% per year; this has now stopped and the consumption has now significantly reduced in hospitals. However, there were statistically significant increases in cephalosporin and quinolone antibiotic consumption.

The financial incentives – Commissioning for Quality and Innovation (CQUIN) for NHS Trusts and the Quality Premium (QP) for Clinical Commissioning Groups – had positive impacts on antimicrobial stewardship for sepsis and antibiotic prescribing for urinary tract infections respectively.

Innovation in improving knowledge and behaviour in healthcare workers has continued. Key antimicrobial stewardship (AMS) projects delivered in the last year included the development and piloting of an AMS peer-review tool; developing a bespoke downloadable report from PHE Fingertips data; developing and delivering a survey of healthcare workers knowledge and attitudes on antibiotics and resistance; evaluation of tools to improve infection management in primary care; behavioural analysis projects on AMS and catheter-associated UTI; and national antibacterial prescribing audit in dental hospitals.

Ongoing projects to engage with professionals and the public included the Keep Antibiotics Working and Antibiotic Guardian campaigns. PHE also worked with students to deliver the now annual healthcare student national AMS conference. eBug for children and young adults celebrated its tenth anniversary since its launch with a conference celebrating its global engagement.