“A new report by Dutch public health, veterinary, and food safety officials shows that sales of antibiotics for animals in the Netherlands in 2017 rose slightly compared to 2016, while the presence of antibiotic-resistant bacteria in chickens fell.

The MARAN 2018 report (Monitoring of Antimicrobial Resistance and Antibiotic Usage in Animals in the Netherlands) shows an increase of 3% in sales of antimicrobial veterinary medicinal products in 2017 (181 tonnes) compared to 2016 (176 tonnes), with significant reductions in antibiotic use observed in broilers and turkeys, smaller reductions observed in pigs, and veal calves, and a small increase observed in dairy cattle. The use of antibiotics of critical importance to human healthcare (fluoroquinolones, 3rd and 4th generation cephalosporins, polymixins, and trimethoprim/sulfonamides) continued to drop, with steep declines noted in comparison with 2011 sales.

Analysis of antimicrobial resistance data found that resistance in indicator Escherichia coli from fecal samples to most antibiotics tested decreased in broilers from 2016 to 2017, stabilized in pigs, and showed a slight increase in veal calves. The proportion of resistant E coli remained low in dairy cattle. As in previous years, levels of resistant E coli were substantially higher in chicken and turkey meat than in pork and beef. The proportion of E coli isolates resistant to 3rd generation cephalosporins was low in fecal samples from broilers and pigs and not detected in dairy cattle and veal calves.

No carbapenemase-producing Enterobacteriaceae were detected in active surveillance of livestock, and the colistin-resistance gene MCR-1 was detected in 1.2% of E coli from livestock 7.7% of E colifrom chicken meat. The authors of the report say the higher prevalence of MCR-1 in chicken meat compared to fecal broiler samples could be explained by the fact that some retail chicken meat in Dutch supermarkets comes from countries where colistin is used in livestock production.” 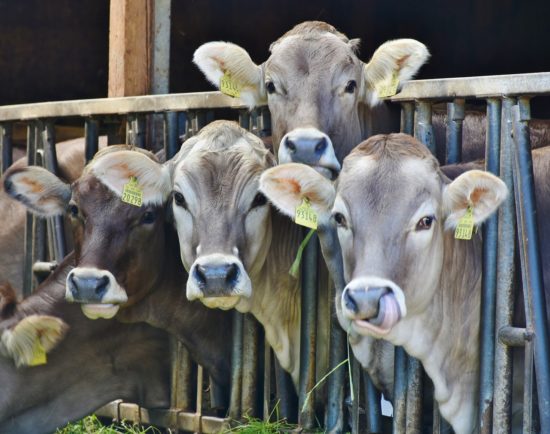