Home » Community behaviors, actions, assumptions and attitudes in relation to social and economic factors in curbing AMR among community of Nyakahura rural ward in Tanzania

Community behaviors, actions, assumptions and attitudes in relation to social and economic factors in curbing AMR among community of Nyakahura rural ward in Tanzania


Author: Polikalipo kagina (21), a first year student at Muhimbili university of health and allied science pursuing bachelor of science in radiation medication in Tanzania and a graduate of the AMRLEP (antimicrobial resistance leaders program) cohort 2021.

Antimicrobial resistance (AMR) represents one of the biggest threats to health globally. This project has dual objectives, determined knowledge, behaviors, actions, assumptions and attitudes regarding antimicrobial use (AMU) and AMR in relation to social and economic factors, at the same time increases community’s awareness on AMR and antibiotic use among communities of Nyakahura rural ward in Tanzania.

A semi-structured questionnaire was used to collect socio-demographic and KAP data through face-to-face interviews (both baseline and end line survey) to asses’ level of awareness and measuring the outcomes of the project. In the second part, this project organized competition among villages football teams in creating attention of the community during the course of AMR awareness sessions.

#Tell them to tell them project identified that, social-economic factors have greater contribution in accelerating AMR. Increased awareness itself can’t reach our expectations if social factors remains constant. The second phase of this project in year 2022 aimed to equip community of Nyakahura rural ward with safe water around three villages in Nyakahura rural ward so as to increase the behavior of hand hygiene practice thereby decreasing number of infections and demands of antimicrobials.

Antimicrobial agents are powerful and effective drugs in the fight against infectious disease caused by bacteria, viruses, fungi and parasites. Since discovery in the nineteen forties, antibiotics have contributed to dramatic reduction in morbidity and mortality from bacterial infections. However, increased use of antibiotics worldwide has been associated with a global rise of Antimicrobial Resistance (AMR), which threatens the return to pre-antibiotics era, where a common bacterial infection may once again result in death. In clinical settings in Tanzania, the prevalence of multidrug-resistant bacteria ranges from 25% to 50%. About two-thirds of isolates from wounds infections at Muhimbili National Referral Hospital were found to be resistant to at least three classes of antimicrobials. Limited community knowledge, poverty, unavailability of healthcare services has been associated with inappropriate antimicrobial use (AMU)

#Tell them to tell them project describe AMR threat as a heating nuclear bomb positioned at the center of the world, where not only human health is affected, but also animal and environment experience the outcomes of it. No any single power can work effectively to cool a heating bomb, however a combination of it from each individual can cool the nuclear bomb and keep our universe self.

Knowing the gap of AMR awareness in rural area This project was carried out to determined knowledge, behaviors, actions, assumptions and attitudes regarding antimicrobial use (AMU) and AMR in relation to social and economic factors, at the same time increases awareness on AMR and antibiotic use among communities of Nyakahura rural ward in Tanzania.

#Tell them to tell them project executive summary

Low and middle income countries experience higher level of AMR effects though inadequacy surveillance data makes difficult to determine the exactly level of problem. Excess and accesses problem being the main drivers of AMR in LAMIC, Shortage or total lack of awareness on antimicrobial use, storage, and destroying in community level plays significant role in emergence of AMR.

With the aim of assessing Community behaviors, actions, assumptions and attitudes in relation to social and economic factors in curbing AMR and closing AMR awareness level among community of Nyakahura rural ward in Tanzania I organized a project named #tell them to tell them project against AMR.

#tell them to tell them project organized villages football competition within two consecutive weeks with Antimicrobial use and resistance sensitization sessions carried before the start of each football competition. Knowing power and influence of political leaders in community, the project collaborated with Nyakahura rural ward political leader Hon Grace Mwaikonja during the final match which also accompanied with AMR sensitization session.

Understanding basics of antimicrobial use and resistance at early age is the important move in mitigating AMR in the existing and coming generation, knowing that, #tell them to tell them project collaborated with Nyakahura secondary school (school within Nyakahura rural ward) and students was equipped with Antimicrobial use and resistance basics at different time within two weeks of the project.

To assess the Community behaviors, actions, assumptions and attitudes toward antimicrobial use and resistance among community of Nyakahura rural ward, semi-structured questionnaire was used to collect socio-demographic and KAP data through face-to-face interviews. The baseline survey was conducted to assess level of awareness, behaviors, actions and attitudes before the start of sensitization sessions, meanwhile end-line survey was conducted to measure the impact of the project among community in Nyakahura rural ward

Data analysis was done before and after the project to measure the impact of the project in various aspect.

This section aimed to determine the extent of self-medication in Nyakahura rural ward. The question was asked if they have a behavior of visiting a doctor before medication data collected shows that 17.91% always attends to doctor before medication, 28.36% not always but attends usually, 38,8% sometimes do attend sometimes not, 8.96% seldom attends the doctor while only 5.97% do not attend at all.in the effort to determine what makes people to have a behavior of self-medication, a 58 man said

One woman also responds that,

Keeping drugs for future use

This section aimed to determine if community in Nyakahura rural ward has a behavior of keeping drugs in case of future use. Data collected shows that 35.82% always keep drugs, 29.73% usually keeps drugs, 23.88% sometimes keep drugs, 19.4% seldom keeps drugs while 4.48% do not keep drugs at all. During the interview some mention what influence them to keep drugs, 21 years old student at Nyakahura secondary school said

yes, I usually keep drugs for emergence especially whenever I fell headache at night after studies, there will be no any choice I can do if I don’t have drugs to take or to ask my fellows if they can lend me.

ni muhimu kua na dawa za akiba, Zaidi ikiwa kwenye nyumba yako kuna Watoto wadogo kwani hua wanaugua mara kwa mara (Swahili)- it is important to have a stock of drugs in house for future use especially when you have little children, since they usually get infected.

Before the start of the project I had to find some volunteers, who will help me to accomplish this project, to find and encourage people it was not easy as such since no body among of volunteers had something concerning AMR. Effort and great encouragement from senior champions more specifically Daniel Waruingi and Julian Nyampachitu made this possible however I was succeeded to get eight volunteers from fifteen as I was planned.

Women involvement in the project.

During the project I faced also with a problem of low attendance/ participation of women. This could be because many of them are not interested in football, however efforts were done through the spread of brunches indicating what we done beyond football. This helped to some extent though not as planned.

The spread of knowledge and understanding of AMR basics in low and middle countries more specifically in rural areas will be much easily if we will target first the most trusted group of people in a given country/community such as teachers. This is because great percent of cases regarding misuse of drugs and self-medication at all is a result of advices and directives from most trusted individuals in family or community.

The project suggests that, government, non-profit organizations and individuals interested in curbing AMR must take into consideration effects of social and economic status.

The findings of this project highlight multiple factors and practices around the access and use of antibiotics and the understanding of antibiotics and AMR in Nyakahura, Tanzania. Local retail pharmacies and clinics are the accepted primary healthcare choice. Advice regarding antibiotic medicines is based on common practice and reinforced by trust built on personal communication and local knowledge. Most were unaware of the term ‘antibiotic’ or ‘AMR’ although some understood the link between ‘inappropriate’ use and ‘effectiveness’. Many reported a willingness to engage in learning about AMR.

In this study, informants reported self-medicating with antibiotics because they believed is a quick action they can take in fighting with infection. Findings illustrate how the acceptability of village pharmacies as providers of antibiotic medicines is embedded within the community, People valued the accessibility of local stores and trusted pharmacy salespersons as it is simple and do not consume time, however shortage of antibiotics in health care settings plays a part.

Trust plays an important role in healthcare approachability. Trust in government healthcare services was eroded by perceptions of time consuming, disturbance and the scarcity of medicine supplies. Some perceived patient safety to be at risk because one should go only for doctor’s advice and prescription of medicine which are found in nearby local pharmacy. Informants therefore trusted pharmacy sales persons and influential individuals in family/community more than government medical center. It is essential for policy-makers to understand the underlying reasons for this trust imbalance.

The project discovered that women plays a great role in family development especially in rural areas are the ones who may notice early abnormalities in her children and decide what to do. Policy makers have to understand and think what to do in raising their knowledge in antibiotic use and AMR.

Progress will only be achieved by understanding community behaviors and actions in relation to assumptions and attitudes of community in antibiotic use and AMR. Awareness based Interventions aimed at mitigating AMR in rural areas must target first the most trusted group in community so as they can have right information to deliver, to ensure great success, one have to translate AMR information into a simple technique (eg. use of funny based education).

Call for second phase of #Tell them to tell them project

Fund. The first phase of #tell them to tell them project was funded by ReAct- Africa and political leader (Hon. Grace Mwaikonja). 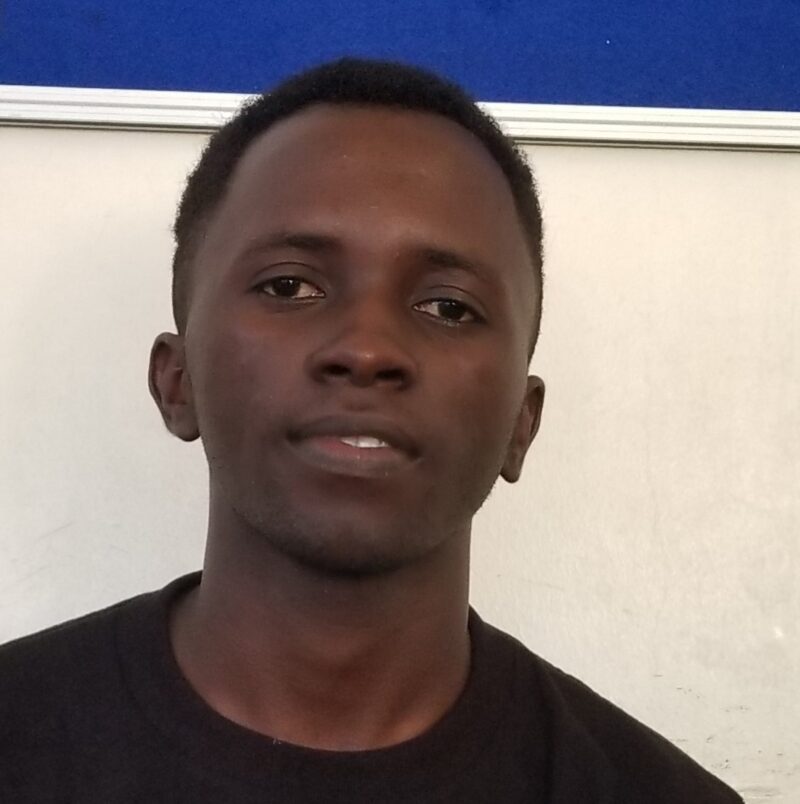