A recent study completed at the University of Helsinki investigated the amount and quality of antibiotic-resistant bacteria in breast milk and gut of mother-infant pairs. The findings have been published in the journal Nature Communications.

Second, antibiotic treatment of mothers during delivery increased the amount of antibiotic-resistant bacteria in the infant gut. This effect was still noticeable six months after delivery and treatment.

The third finding was that breast milk also contains bacteria resistant to antibiotics and that the mother is likely to pass these bacteria on to the child through milk. Nevertheless, breastfeeding reduced the number of resistant bacteria in the infant gut, an indication of the benefits of breastfeeding for infants.

Microbiologist Katariina Pärnänen of the University of Helsinki’s Faculty of Agriculture and Forestry investigated with her colleagues the breast milk and faecal matter of 16 mother-infant pairs. The researchers sequenced bacterial DNA in the milk and decoded its genetic code. However, the study did not focus on the mother’s DNA found in milk. The researchers created the most extensive DNA sequence library of breast milk thus far.

The study demonstrated for the first time that breast milk contains a significant number of genes that provide antibiotic resistance for bacteria, and that these genes, as well as their host bacteria, are most likely transmitted to infants in the milk. Mothers transmit antibiotic-resistant bacteria residing in their own gut to their progeny in other ways, as well, for example, through direct contact. Yet only some of the resistant bacteria found in infants originated in their mothers. The rest were likely from the environment and other individuals.

The study does, however, support the notion that breastfeeding overall is beneficial for infants. Although breast milk contains bacteria resistant to antibiotics, sugars in the milk nourish beneficial infant gut bacteria, such as Bifidobacteria, which are used as probiotics. Breast milk helps such useful bacteria gain ground against resistant pathogens, which is probably why infants who were nursed for at least six months have less antibiotic-resistant bacteria in their gut compared to infants who were nursed for a shorter period.

“As a general rule, it could be said that all breastfeeding is for the better,” says Pärnänen.

“The positive effect of breastfeeding was identifiable also in infants who were given formula in addition to breast milk. Partial breastfeeding seemed to reduce the quantity of bacteria resistant to antibiotics. Another finding was that nursing should be continued for at least the first six months of a child’s life, or even longer. We have already known that breastfeeding is all in all healthy and good for the baby, but we now discovered that it also reduces the number of bacteria resistant to antibiotics.” 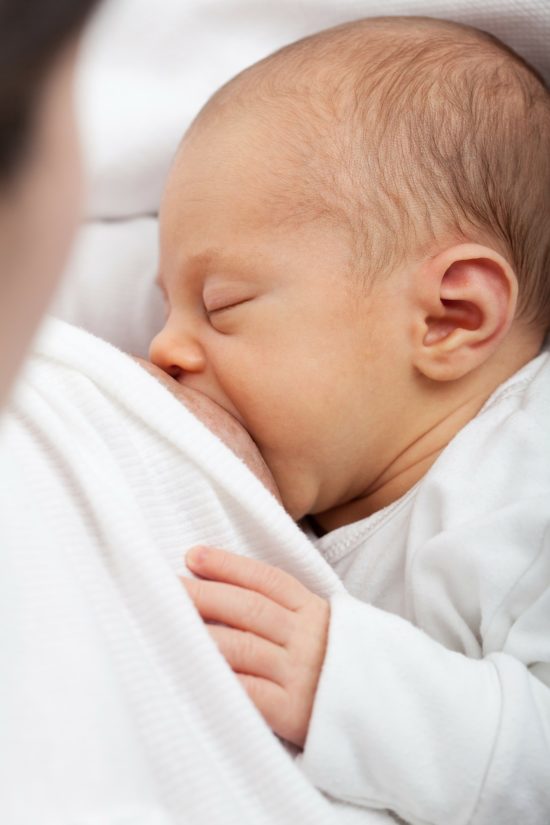