Within the European research consortium Biofilm Alliance (BALI), researchers of the Infectious Diseases departments of LUMC and Medical Microbiology of the AMC succeeded in developing a promising variant of a peptide that plays a role in the human immune system. The researchers tested the antimicrobial activities of the peptide named SAAP-148 in bacterial cultures in the lab and on models of injured skin. The results were very positive: all bacteria were killed. The bacteria included those that were resistant to antibiotics. Even bacteria that had a protective layer around them (the so-called biofilms) were killed. The peptide works by disrupting the surface (cell membrane) of the bacterium. As known bacteria mutate rapidly and can become resistant against one or more antibiotics. The researchers observed that it is much more difficult for bacteria to become resistant to SAAP-148 than to the more conventional antibiotics. In collaboration with the company Madam Therapeutics, the researchers will test SAAP-148  in a human clinical trial which is likely to start in the second half of 2018.
Back 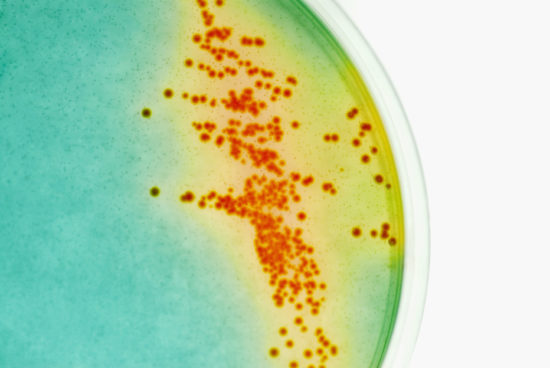