“Results from a new clinical study have confirmed the safety and tolerability of using bacteria-specific viruses known as bacteriophages to eliminate disease-causing bacteria in the gut. The new treatment could be used in place of antibiotics to rid the gut of harmful bacteria and promote the growth of beneficial bacteria that are known to enhance gastrointestinal health, immune function and anti-inflammatory processes.

“People taking antibiotics can develop resistance and experience gastrointestinal distress since antibiotics kill both bad and good bacteria in the gut,” said study co-investigator, Taylor C. Wallace, Ph.D., principal and CEO of the Think Healthy Group Inc. and an adjunct professor in the Department of Nutrition and Food Studies at George Mason University. “Using viruses that infect only specific types of bacteria spares the many good bacteria in the gut, which are linked to numerous long-term beneficial health outcomes. We have shown for the first time that bacteriophage treatment has no apparent side effects, at least with short-term use.”

Wallace will present the results from the Bacteriophage for Gastrointestinal Health (PHAGE) Study—the first clinical study in the Western hemisphere to provide patients with bacteriophages—at the American Society for Nutrition annual meeting, Nutrition 2018, held June 9-12, 2018 in Boston.

Bacteriophages can be used to selectively combat specific microorganisms in people without causing any type of infection or disrupting the body’s microbiome as a whole. In addition to treating bacteria-related gastrointestinal illnesses, Wallace and study co-investigator Tiffany Weir, Ph.D., of Colorado State University are interested in using bacteriophages as dietary supplements to help restore balance to the bacteria that live in the gut of people with metabolic syndrome, which is known to shift gut bacteria to a more pathogenic and inflammatory state.

The PHAGE study included 31 people who reported significant gastrointestinal distress at the beginning of the study, but who were not diagnosed with any specific gastrointestinal disorder. Study participants were assigned to either a placebo or treatment group for the first four weeks of the study, followed by a two-week washout period and an additional four weeks on the opposite treatment. The treatment group received four bacteriophage strains that specifically eliminate E. coli, a pathogen that can contribute to gastrointestinal irregularities and stomach upset.

The researchers report that study participants tolerated the bacteriophage treatment extremely well, with no adverse events reported during the four weeks of treatment. During the bacteriophage treatment, they observed significant decreases in interleukin 4, an inflammatory marker often associated with allergic response. There were also changes in differential abundance of several other gut bacterial species, including reductions in Clostridium perfringens and increases in several health-promoting bacterial species. Within a small subset of individuals with two or more risk factors for metabolic syndrome, there was also an increase in beneficial Bifidobacterium spp.” 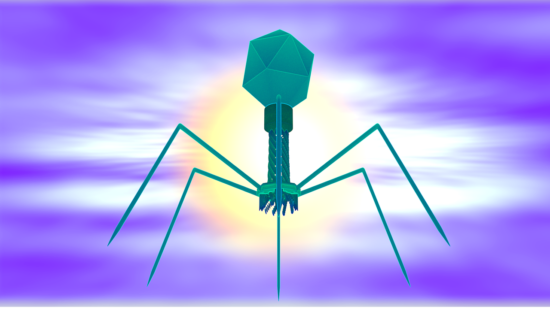