“In June 2018, ContraFect Corp. (CFRX) had multiple presentations at the American Society for Microbiology (ASM) Microbe 2018 on the company’s lead drug candidate CF-301 and the Gram-negative lysin discovery program. A summary of each of the poster’s is presented below.

This study was undertaken as part of ContraFect’s Gram-negative lysin discovery program. Gram-negative (GN) bacteria are responsible for a number of different bacterial infections and the emergence of antibiotic resistant strains is leading to a potential public health crisis. Lysins represent a novel means to treat these infections through their ability to cleave peptidoglycan bonds (peptidoglycan is the main structural component of bacterial cell walls), however their use against GN pathogens has been hindered by their inability to penetrate the outer membrane. The following figure shows how lysins are effective against Gram-positive bacteria due to their ability to easily interact with the peptidoglycan layer. However, Gram-negative bacteria have an outer membrane that acts as a barrier against most lysins, thus preventing them from reaching the peptidoglycan layer. While the majority of purified GN lysins have no antimicrobial activity, there are a select few that have some activity in low ionic strength buffers (indicated by the asterisk in the following figure on the right). It is these lysins that ContraFect used as lead compounds to modify in order to increase their anti-microbial activity in human serum. ” 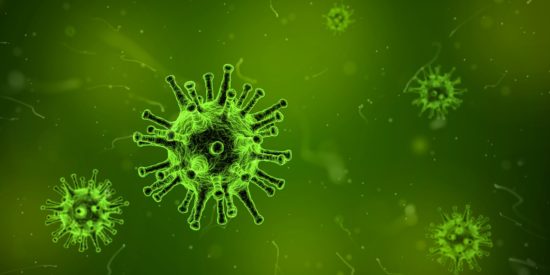