Home » Antibiotic resistance and your next door neighbor

Antibiotic resistance and your next door neighbor


Antibiotic resistance and your next door neighbor

A few years ago my neighbor  urgently had to be hospitalized. He was suffering from a serious infection, lost consciousness and was treated with various antibiotics at the intensive care unit. These antibiotics did not work, one after the other. After a week, my neighbor  tragically died from the consequences of the infectious disease. Other than going to his cremation I could not say goodbye. Antibiotic resistance was suddenly the reality of the next door neighbor  and no longer an abstract concept and just a topic at work.

In the years that followed, my consultancy work increasingly took me to the subject of antibiotic resistance. I was in charge of large projects related to anti-microbial resistance for various Dutch authorities. In  2015 I was requested by the Dutch Ministry of Health, Welfare and Sports to set up a national collaborative structure for the research and development of novel antibiotics. It was at that time that I started to realize the complexity of the global resistance problem, how many professionals in different sectors all over the world are involved and how few of these professionals are aware of the seriousness of the problem, let it be truly understand it.

At the same time I learned how much suffering antimicrobial resistance, the wider definition of antibiotic resistance, is causing worldwide. Hundreds of thousands of deaths, year after year. In India alone, some 100,000 newborn children dying each year as a consequence of resistant bacteria. And the global number is expected to rise to many millions per year in the coming decades. Many millions of next door neighbor s.

I remember drinking a cup of coffee at a rainy day in 2016 in a nearby roadside restaurant with a few IT staff. We were catching up on information flows and IT when I realized that information and knowledge are the cornerstones of a solution to the global resistance problem. The thought came into my mind, as a sort of whisper. This insight grew into a plan and I took the courageous and unprecedented step of persuading 12 Dutch public and private organizations to have me carry out a preliminary study into a new information platform on antimicrobial resistance, also abbreviated to AMR. At the end of 2016 we could jointly conclude that it would be both desirable and technologically feasible to set up such information platform. That was not only a milestone but also the start of a long journey to an unknown destination. I soon ran up against the impossibility of financing the plans for an information platform on AMR. The plans did not fit in with the government’s funding frames, private financiers thought it was too much of a government-related problem and both venture capitalists as well as charity funds thought the objective was either too broad or too specialized.

But the problem was still there, for many next door neighbors

Late summer of 2017 I decided to just start with what I called ‘AMR Insights’. I decided to bring in  my own resources, taught myself  WordPress and was able to build the very first prototype platform. As this took so much of my time (and in all honesty, the lay out would probably scare many professionals) I had an affordable website built by a small company. I started to collect global information on AMR, arranged the information in a homemade newsletter (learnt MailChimp in the process) and started sending it to people in my network who might be interested. And I decided to set up and give courses about AMR. On my own, and together with enthusiastic experts from the field. If professionals don’t understand something, you can send information but it is better to first educate them. Although I was a Microbiologist by training, I had to update my knowledge on bacteria and other micro-organisms, on antibiotics and on antimicrobial resistance: how it is cause, how it spreads and how we can prevent it. Since then I was able to give many open and in-house training courses and Masterclasses on AMR. In the autumn of 2018, I organized my first international symposium.  Incredibly exciting and incredibly inspiring with some 60 attendees from 14 different countries. What a drive to add to fighting AMR!

At the end of 2018, and encouraged by the more than 10,000 annual website visits of AMR Insights and the by then thousands of readers of the newsletter, I decided to end my previous consultancy work and to entirely focus on AMR Insights. In fact I decided to focus on informing, educating  and connecting professionals worldwide who are involved with AMR.

Tackling Antimicrobial resistance as the goal in my life

I now mainly focus on how to reach as many professionals as possible, how to inform them adequately and timely and how to support their activities against AMR. I have noticed that my mission to fight AMR is of worldwide importance and that the world also acknowledges this. I am encouraged by the positive reactions from the field and by the many daily new subscriptions to the newsletter (did you already join? Visit amr-insights.eu).

With AMR Insights I focus on different target groups and try to inform them from their perspective.  I work with doctors, healthcare workers, veterinarians, quality workers in dairy and food, diagnostic companies, pharmaceutical companies, researchers, people in agriculture and many more. The fascinating  thing is that all these people are dealing with the same bacteria and the same antibiotic resistance but in such different ways. And with such different impact. Tackling Antimicrobial resistance by AMR Insights is not only my work, but has turned into the goal in my life. 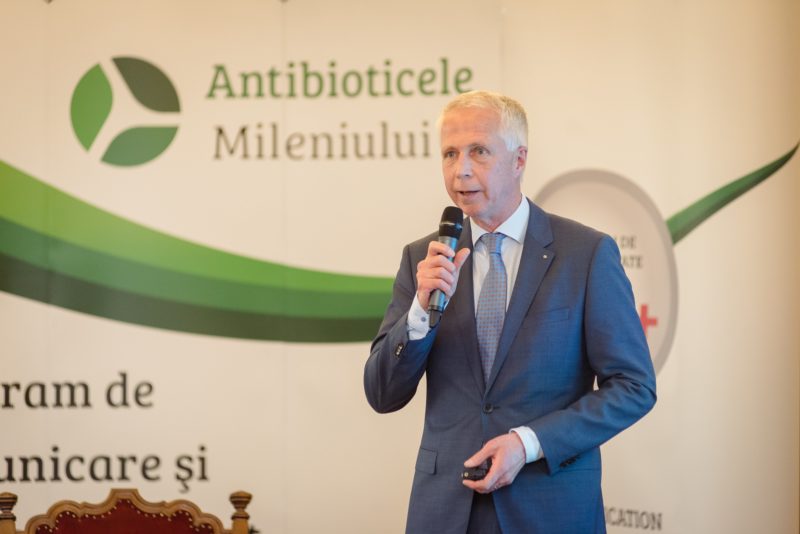